LiveNOW from FOX covered the Capitol Insurrection from beginning to end on January 6, 2021. Here is a recap of all the live events that occurred that historic day.

A North Carolina woman who brought her 14-year-old son into the U.S. Capitol during last year's riot was sentenced Friday to three months imprisonment.

U.S. District Judge Colleen Kollar-Kotelly said she finds it "very hard to comprehend" why Virginia Marie Spencer and her husband took their child into the building during a violent insurrection. Spencer's husband, Christopher Raphael Spencer, also was arrested. He has pleaded not guilty to riot-related charges.

"It must have been a traumatic experience to witness this kind of violence," the judge said. "It’s a complete lack of judgment on your part."

Spencer must report to prison to begin serving her 90-day sentence by Feb. 25. The judge also sentenced her to three years of probation.

Spencer and her husband pressed forward toward the Capitol building with their 14-year-old son "in tow" despite seeing police shooting tear gas on the crowd, a federal prosecutor wrote in a court filing. The Spencers joined other rioters who overwhelmed a line of police officers, invaded House Speaker Nancy Pelosi’s office suite and demanded entry to the House chamber, the filing says.

Virginia Spencer pleaded guilty in September to parading, demonstrating or picketing in a Capitol building, a misdemeanor punishable by a maximum of 6 months imprisonment. 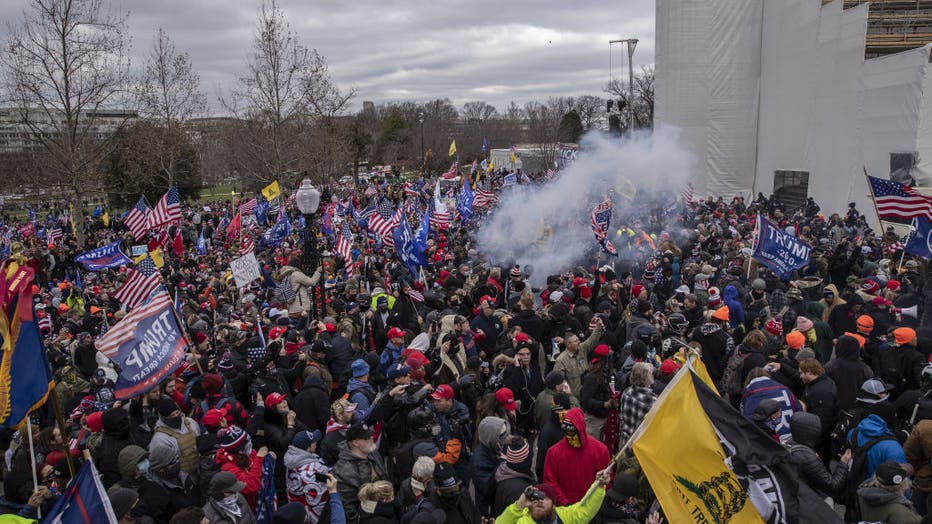 More than 700 people have been charged with federal crimes related to the Jan. 6 attack on the Capitol. Over 170 of them have pleaded guilty, mostly to misdemeanor charges. Spencer was at least the 75th riot defendant to be sentenced.

Spencer, a mother of five from Pilot Mountain who works as a restaurant cashier, was arrested in Durham, North Carolina, in February.

On Jan. 6, 2021, the Spencers and their son walked to the Capitol behind a group of members of the far-right Proud Boys. The couple briefly stopped to scream profanities at a counter-protester, according to prosecutors. 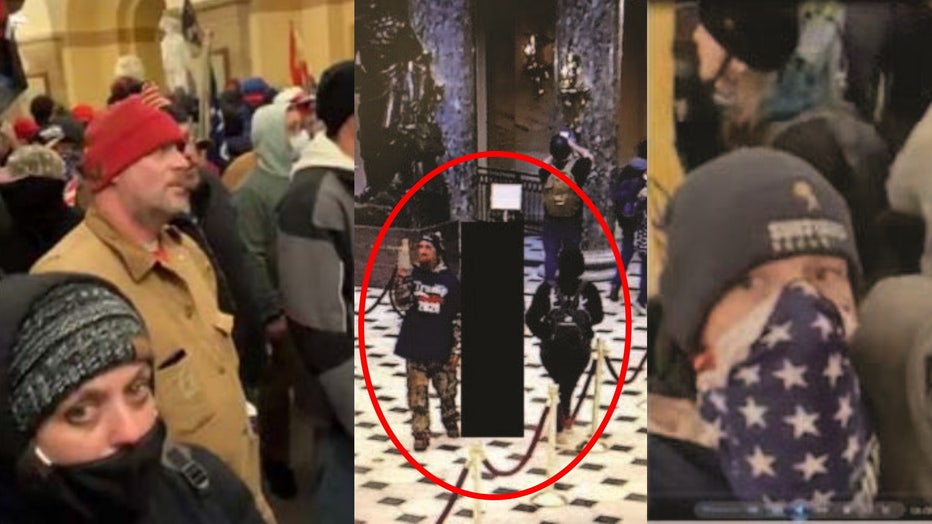 Virginia Marie Spencer must report to prison to begin serving her 90-day sentence by Feb. 25. (Source: Department of Justice)

Inside the Capitol, Christopher Spencer filmed a Facebook Live video as he and his wife briefly entered Pelosi's office suite, prosecutors said.

"Of note, Speaker Pelosi had staff members who were trapped inside that suite as the rioters called for Speaker Pelosi steps away from them," a prosecutor wrote.

Virginia Spencer later joined a group of rioters who were chanting "Stop the steal!" and "Break it down!" outside the House Chamber door, although prosecutors say she wasn't vocal or at the front of that crowd.

The Spencers spent more than 30 minutes inside the Capitol before leaving.

Spencer's lawyer says she "ate up" media coverage of protests that erupted across the country in the summer of 2020 after a white police officer killed a black man, George Floyd, in Minneapolis.

"After months of watching our major cities burn, many people became convinced that vocal displays of outrage in the form of protesting was the only way to make their voices heard," Orenberg wrote in a court filing.

Spencer also believed Donald Trump's lie that the 2020 presidential election was stolen from him, her attorney said.

"Mrs. Spencer did not come to Washington, D.C., with the intention of subverting democracy," Orenberg wrote. She came "to peacefully protest what she believed at that time to be a fraudulent election."

A prosecutor said Virginia Spencer "felt she was embarking on a noble endeavor as a representative of the citizenry."

"She could not have been more wrong," the prosecutor wrote.