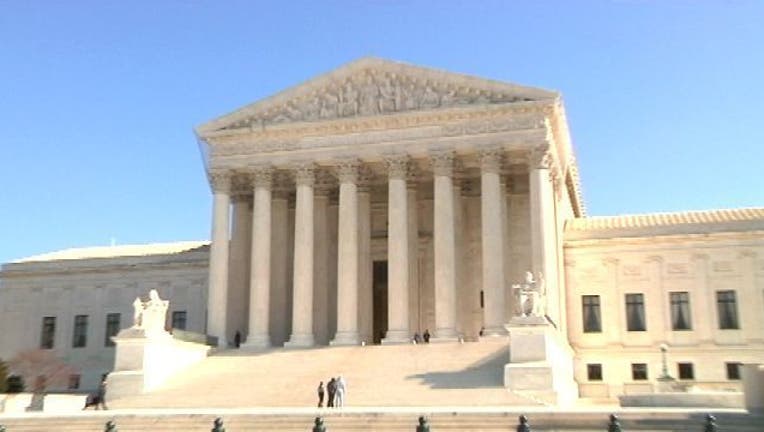 A divided Supreme Court upheld the use of a controversial drug in lethal-injection executions Monday, even as two dissenting justices said for the first time they think it's "highly likely" the death penalty itself is unconstitutional.

The justices voted 5-4 in a case from Oklahoma that the sedative midazolam can be used in executions without violating the Eighth Amendment prohibition on cruel and unusual punishment.

This ruling directly impacts Florida, because our state uses the same lethal injection sedative at the heart of this case. The Florida Supreme Court has also delayed a scheduled execution on ground that it could be ruled unconstitutional.

The outcome preserves efforts in 13 states to limit partisan influence in redistricting. Most notably, California uses an independent commission to draw electoral boundaries for its largest-in-the-nation congressional delegation.

The Arizona case stemmed from voter approval of an independent commission in 2000. The legislature's Republican leaders filed their lawsuit after the commission's U.S. House map in 2012 produced four safe districts for Republicans, two for Democrats and made the other three seats competitive. Democrats won them all in 2012, but the Republicans recaptured one last year.

Justice Ruth Bader Ginsburg wrote for the court that there is "no constitutional barrier to a state's empowerment of its people by embracing that form of lawmaking." Justice Anthony Kennedy and Ginsburg's three liberal colleagues joined her opinion.

In dissent, Chief Justice John Roberts accused the majority of approving a "deliberate constitutional evasion." States are required to re-draw maps for congressional and state legislative districts to account for population changes after the once-a-decade census.

The justices have been unwilling to limit excessive partisanship in redistricting, known as gerrymandering. A gerrymander is a district that is intentionally drawn, and sometimes oddly shaped, to favor one political party.

The U.S. Supreme Court ruled against federal regulators' attempt to limit power plant emissions of mercury and other hazardous air pollutants. The rules began to take effect in April, but the court split 5-4 along ideological lines to rule that the Environmental Protection Agency failed to take their cost into account when the agency first decided to regulate the toxic emissions from coal- and oil-fired plants.

The EPA did factor in costs at a later stage when it wrote standards that are expected to reduce the toxic emissions by 90 percent. They were supposed to be fully in place next year.

The issue was whether health risks are the only consideration under the Clean Air Act. The challenge was brought by industry groups and 21 Republican-led states.

Writing for the court, Justice Antonin Scalia said it is not appropriate to impose billions of dollars of economic costs in return for a few dollars in health or environmental benefits. Scalia was joined by Chief Justice John Roberts and Justices Anthony Kennedy, Clarence Thomas and Samuel Alito.

In dissent, Justice Elena Kagan said it was enough that the EPA considered costs at later stages of the process.

"Over more than a decade, EPA took costs into account at multiple stages and through multiple means as it set emissions limits for power plants," Kagan said. She was joined by Justices Ruth Bader Ginsburg, Stephen Breyer and Sonia Sotomayor.

The case now goes back to lower courts for the EPA to decide how to account for costs.