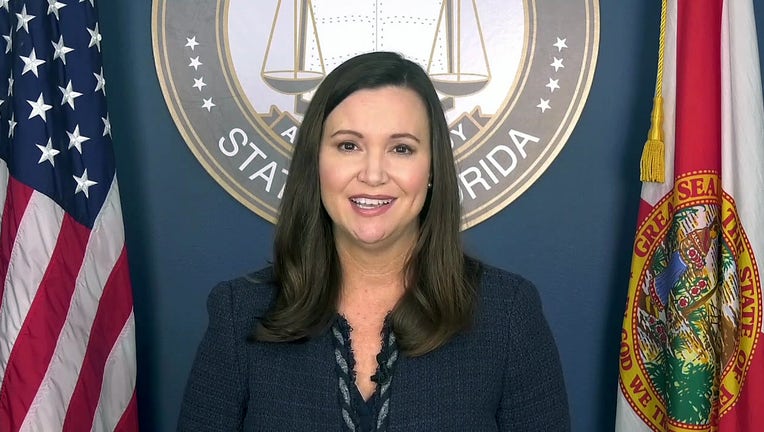 TALLAHASSEE, Fla. - Florida Attorney General Ashley Moody on Wednesday joined 16 other states in backing a last-chance effort by Texas to get the U.S. Supreme Court to block election results in four swing states where the vote went in favor of President-elect Joe Biden.

“The integrity and resolution of the 2020 election is of paramount importance,” Moody wrote in a statement as Florida joined a friend-of-the-court brief urging the Supreme Court to allow Texas to move forward with the case. “The United States Supreme Court should weigh the legal arguments of the Texas motion and all pending matters so that Americans can be assured the election was fairly reviewed and decided.”

In part, the brief argues that “non-legislative actors,” such as state elections officials and courts stripped away safeguards that legislatures had put in place to prevent fraud in mail-in voting. The brief said that violated the constitutional separation of powers.

“Our system of federalism relies on separation of powers to preserve liberty at every level of government, and the separation of powers in the Electors Clause is no exception,” the brief from the states said. “The States have a strong interest in preserving the proper roles of state legislatures in the administration of federal elections, and thus safeguarding the individual liberty of their citizens.”

President-elect? Republicans may wait until January to say Biden won

Americans waiting for Republicans in Congress to acknowledge Joe Biden as the president-elect may have to keep waiting until January.

President Donald Trump, who has continued to dispute the outcome of the election, filed a petition Wednesday to intervene in the Texas case.

But the case is considered a last-ditch effort as the Electoral College is scheduled to vote Monday and as Biden forms his incoming administration.

“Oh come on. I know we have more important issues to address like housing and unemployment versus a joke lawsuit about an election that ended a month ago,” Eskamani tweeted.

Georgia Deputy Secretary of State Jordan Fuchs told the Atlanta Journal-Constitution the allegations in the lawsuit “are false and irresponsible.”

“Texas alleges that there are 80,000 forged signatures on absentee ballots in Georgia, but they don’t bring forward a single person who this happened to. That’s because it didn’t happen,” Fuchs told the Journal Constitution.

Barring any changes in the results in Georgia, Michigan, Pennsylvania and Wisconsin, Biden has 306 electoral votes to 232 for Trump. A candidate needs 270 to win. The four states carry a combined 62 votes.

On Tuesday, the Supreme Court declined, without comment, to hear a challenge to Pennsylvania’s election results.

More than a month after the U.S. presidential election, YouTube says it will start removing newly uploaded material that claims widespread voter fraud or errors changed the outcome.

Moody and other Florida Republican leaders, including Gov. Ron DeSantis, have continued to question the validity of the election results. Moody, for example, also added Florida to a brief last month aimed at convincing the U.S. Supreme Court to overturn a ruling that allowed Pennsylvania elections officials to count some late-arriving absentee ballots.

But Agriculture Commissioner Nikki Fried, a Democrat who serves on the Cabinet, issued a statement blasting Moody.

“It’s embarrassing to the integrity of our democracy and resolution of this election,” Fried said. “It’s disappointing, but predictable, that Florida’s attorney general isn’t acting in the interest of the people she was elected to serve, but in self-interest to a president who lost an election and cannot face the reality of his defeat.”