SARASOTA, Fla. - Newly released footage shows scientists from the Mote Marine Laboratory diving in the Gulf of Mexico off Florida to explore a 350-foot-deep “blue hole” on the ocean floor.

Blue holes, underwater sinkholes that were first noticed by fishermen and recreational divers, are “diverse biological communities full of marine life, including corals, sponges, mollusks, sea turtles, sharks, and more,” according to the NOAA Office of Ocean Exploration and Research, who co-sponsored the dives.

The mission to explore Amberjack Hole, located 30 miles off the coast of Sarasota and seen in this footage, began in May 2019, and was the most detailed blue hole investigation to date by a team of scientists from Mote Marine Laboratory, Florida Atlantic University, Georgia Institute of Technology, and the US Geological Society, with support from the NOAA Office of Ocean Exploration and Research.

This video shared by the Mote Marine Laboratory shows explorations from the week of September 16, 2019. 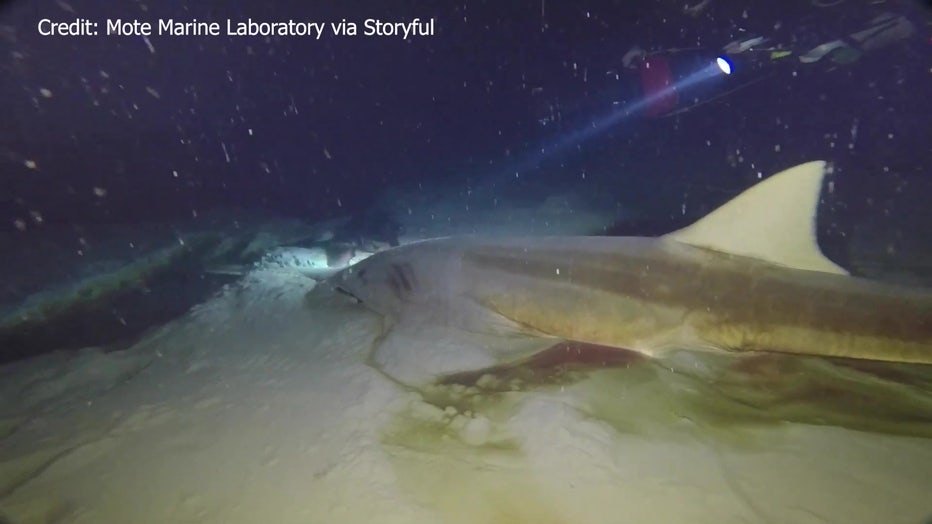 The team deployed divers and a “benthic lander” – a framework holding multiple scientific instruments collectively weighing more than 600 pounds – down into Amberjack Hole, the NOAA said. The team collected samples and documented life around the rim of the hole, and carbon, nutrients, and microscopic life throughout the hole and in its bottom sediments.

The scientists are investigating the blue hole’s connection to Florida’s groundwater, the potential harboring of unique or new species of microbes, and the possibility that Amberjack Hole needs better protection, the NOAA said.

The team said it discovered an endangered species of fish at the bottom of the hole, and said the hole was “secreting nutrients,” supporting a great diversity of life for animals and plants.

Future dives are scheduled for August 2020 and May 2021 to explore a deeper, hourglass-shaped blue hole called Green Banana.