After a hit-and-run crash, the doctors for a motorcyclist who was hit say his helmet saved his life, but the driver who hit him is still on the run.

PORT RICHEY, Fla. - The survivor of a hit-and-run crash is proving motorcycle helmets can make all the difference.

Jason Guindon, 21, suffered a traumatic brain injury after being hit by a truck Oct 23. Doctors say his helmet saved his life, to the relief of his mother, Nikki Frink.

"Every ounce of me thanks God he wears a helmet," Frink said.

He was wearing the helmet when he was hit by a truck near the corner of Little Road and Schrader Boulevard. According to FHP, Guindon was turning onto Little Road when a 90s-model Ford F-150 crossed Little Road and crashed into him. The truck spun out and then kept going, troopers say.

Guindon's mother had a message for the truck's driver: "I will never stop searching for you. I will never give up. Never. I'm just grateful my son, that he is alive, so if you're watching this, I'm begging you turn yourself in."

Frink's son was released from the hospital Thursday night. In addition to the traumatic brain injury, he suffered two broken ribs, a collapsed lung, and a broken disc in his back. He doesn't remember the crash or being in the hospital, but doctors don't expect him to have any permanent brain damage.

"I don't understand how you can lay your head down on that pillow knowing you hurt someone and you don't know the outcome," Frink said of the mystery driver. "I just don't know how you're living with yourself. Don't ever forget those words. I'm a mom and I will fight till the end to find out who did this to my son."

The vehicle involved is described as a black, 90s-model Ford F-150 extended cab. Anyone with information should contact the Florida State Highway Patrol. 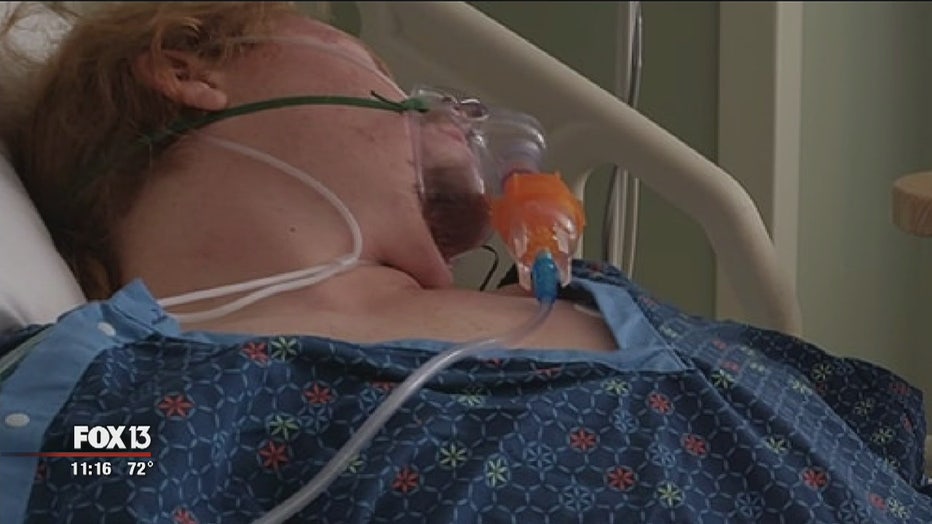 21-year-old Jason Guindon in the hospital after his crash