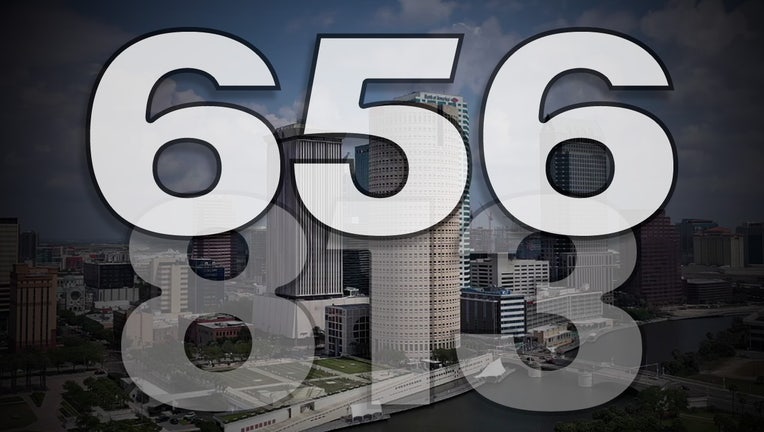 TALLAHASSEE, Fla. - Future telephone numbers issued to people in Hillsborough County will start with a 656 area code, the state Public Service Commission announced Thursday. People with the longstanding 813 area code will keep those numbers, but new customers in the same geographic region will use the 656 area code.

The commission approved creation of an additional area code in March but did not announce the number.

In a statement Thursday, commission Chairman Gary Clark said the 656 number is “easy to remember.”

The demand for new telephone numbers has been growing rapidly, resulting in a shortage of available numbers in many areas. That stems from factors such as population increases and cellular phones.

“It is critical that businesses and individuals have access to new phone numbers when they need them, especially during the current emergency,” Clark said in Thursday’s statement.

The commission in March approved a 13-month implementation period for the new area code, which also will require all callers in the area to dial 10-digit numbers for local calls.

The 813 region is centered on Tampa and includes surrounding communities such as Brandon, Land O' Lakes, Oldsmar, Riverview, Thonotosassa, Town 'n' Country, Valrico and Zephyrhills. With the addition of the new area code, the region isn’t expected to face the need for another area code for 37 years.

The new area code was assigned by the North American Numbering Plan Administrator, an agency that governs phone numbers across the United States.

The administrator forecast last year that the 813 area code would run out in 2022.

A similar “overlay” plan was approved last year for the current 850 area code, which covers 18 counties and is used in cities such as Tallahassee, Panama City and Pensacola. The new area code in that region, 448, is expected to start in 2021.