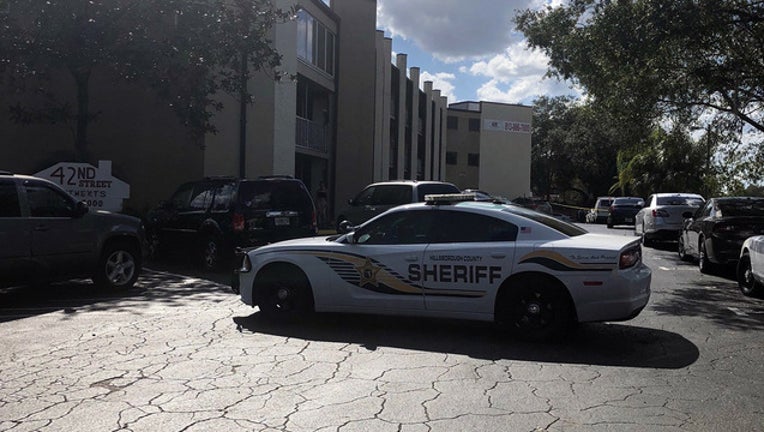 TAMPA (FOX 13) - Deputies are investigating an apparent murder-suicide at an apartment building just north of the University of South Florida campus.

According to the Hillsborough County Sheriff’s Office, the scene is at the 42nd Street Apartments, just off Bruce B. Downs Boulevard north of campus. A woman called 911 around noon from a unit there, reporting that she had come home to find her son and husband dead.

There were no prior calls for service at that address involving Hernandez or Kurz, the deputies noted. The family had recently moved to the area from St. Petersburg.

"Today we are saddened to report another senseless loss of lives as the result of family violence," Sheriff Chronister said in a press release about the investigation. "We encourage anyone who is in need of crisis intervention to call The Crisis Center of Tampa Bay. They can be reached 24 hours a day, seven days a week by dialing 2-1-1."