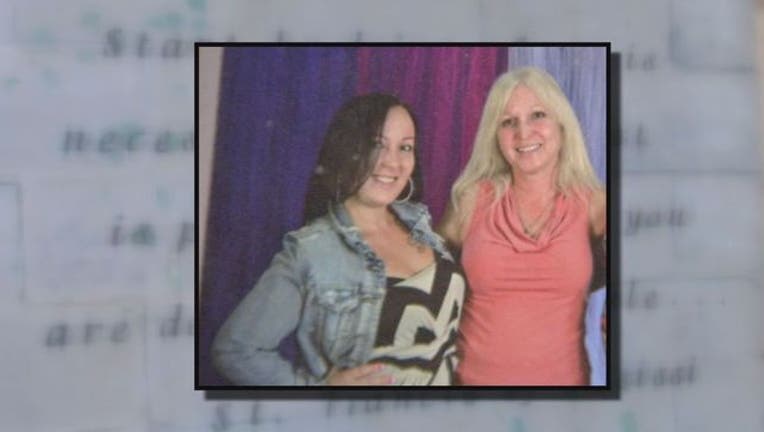 "I'm still waiting for her to call but I know that's not going to happen," said Vasapolli.

Investigators say, in August, the young mom was shot and killed by her boss, Johnny Alicea, in the parking lot of a Temple Terrace bowling alley as witnesses watched in horror.

He survived; Jill did not.

The night before the murder, Donna met Alicea.  She remembers him being quiet, but had no idea he may have been a ticking time bomb.

"No one knew the extent, the fact that he was stalking her."

Witnesses in the apartment complex said he would be banging on her door in the middle of the night.

The young mom had so much to live for.  Her 3-year-old daughter Ava was her world.  When she wasn't caring for her baby girl, she was at the Suncoast Primate Sanctuary in Palm Harbor where she volunteered.

"Two spider monkeys named Candy and Blue were her favorite.  She had a very special love for animals," said Vasapolli.

Donna says her daughter was also a nurturing, giving person,  even entering her mother in a "No Roof Left Behind" contest after the roof at her Palm Harbor home caved in recently.

In honor of her daughter, she hopes she can win the contest and raise her granddaughter there.

Meanwhile,  Donna still can't believe her daughter who had so much love, so much compassion could have met such a  violent death at the hands of one person.

"I want him to suffer.  I want him to think every day of how many lives he's destroyed," she added.  "That should be his hell."