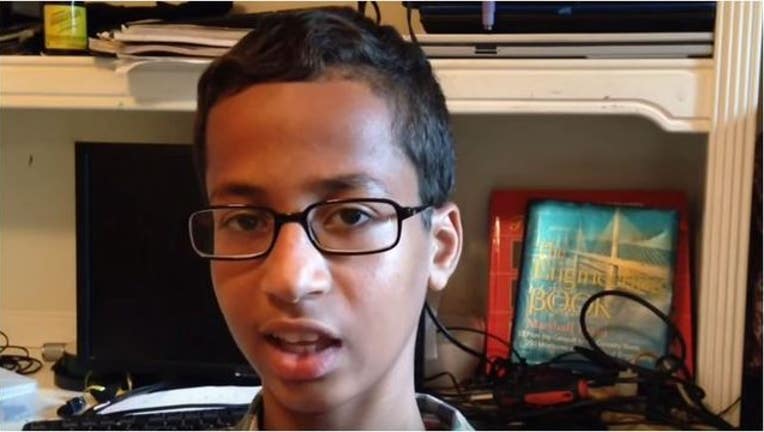 DALLAS - A 14-year-old Muslim boy has been arrested in North Texas after a high school teacher decided that a homemade clock he brought to class could be a bomb.

The incident has sparked a trending hashtag #IStandWithAhmed, and the president has even taken notice.

Ahmed Mohamed, who enjoys tinkering with electronics, proudly took the clock to MacArthur High in Irving on Monday.

But one teacher raised concerns that it looked like a bomb, prompting the school principal and several police officers to question him, search his belongings and march him from the school in handcuffs.

Police don't believe the device is dangerous, but say it could be mistaken for a fake explosive.

Mohamed was suspended from school for three days, but he has not been charged.

The Council on American-Islamic Relations is investigating, saying the incident is typical of the negative attitudes toward Muslims in Irving.