CAPE CANAVERAL, Fla. - Seven decades have passed since the National Aeronautics and Space Administration made Florida the home of its launches.

But what made NASA choose the Sunshine State? To answer that, you have to look back at the 1940s.

Space travel was only a dream back then. Rockets were tested and launched from the White Sands Missile Range in the New Mexico desert.

RELATED: How to watch the SpaceX Demo-2 Dragon launch

But they weren’t the powerful behemoths we think of when we look at modern space travel. They didn’t fly very far after launch, so it was no issue once they crashed into the unpopulated desert.

But still, why Florida?

If something were to go wrong, Florida provided the crew a place to safely plant the rocket without threatening civilian safety.

And even when things go as planned, pieces of the rocket routinely detach and fall safely into the sea.

Sure, you could do the same thing along either coastline. But launching from the east coast has its advantages.

According to AccuWeather, NASA has a launch area in Vandenberg Air Force Base, California. But launching westward would require a lot more energy than an eastward launch.

And an eastward launch from the west coast would put the continental U.S. in danger of the rocket’s falling detachments.

But even though that rules out the west coast, why not lift off from any point along the east coast?

The equator makes Florida’s case as the ideal launch place.

According to NASA, all objects on earth move eastward with some level of velocity. That velocity is weakest at the northern and southern poles.

So launching closer to the equator gives the rocket a speed boost, which NASA likened to a “running start.” 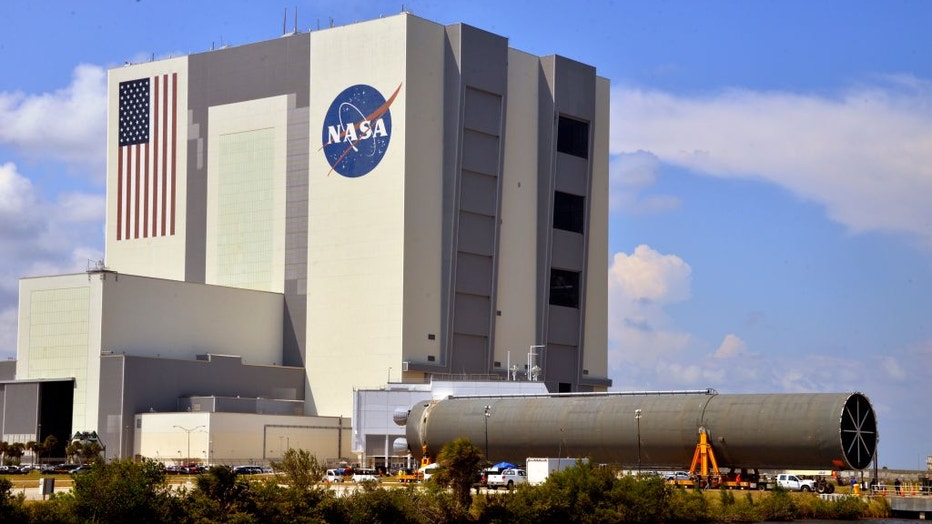 NASAs Pegasus Barge, delivers the 212-foot core stage pathfinder for Space Launch System (SLS) rocket. Weighing in at 228,000 pounds, the pathfinder is a full-scale mock-up of the rockets core stage and will be used to validate ground support equipme

“In much the same way that Olympic bobsledders take full advantage of a running start at the beginning of their runs, NASA takes advantage of Earth’s natural rotation by launching towards the east from Kennedy Space Center,“ NASA said.

Even though NASA could launch from its base in Wallops Island, Virginia, science proves an eastward launch from Florida provides the path of least resistance.