Jeannie Calderin, who runs Somos Puerto Rico Tampa, said she knew she had to help as soon as her family sent her video of damage to their home.

"Even though I am over here, my heart is with my island," said Calderin, who launched her organization in 2017 after Hurricane Maria devastated Puerto Rico. "We still haven't been able to recuperate from Maria and now this one. This is going to set us back even more. But the good news is the Puerto Rican people are very resilient, and I know they will one more time keep on going and get up again."

"We were thinking with our heart and not with our head," she said. "It was very difficult with logistics and things like that to be able to make it there, take the things over there and for it to be distributed to the right people. So now what we are doing [this time] is we're collecting funds. I want to do a campaign that is called Bringing Light to Puerto Rico from Florida." 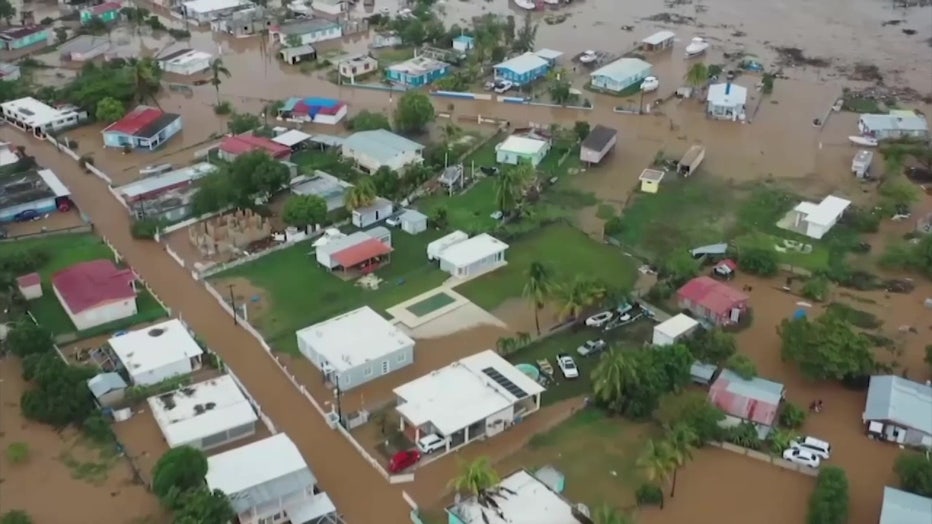 Calderin believes collecting monetary donations will give her group more flexibility with its response.

Retired U.S. Air Force Col. E.J. Otero, meanwhile, is putting together a separate response from Tampa with his organization, Course of Action Foundation.

"Every hurricane and every disaster is different," Otero told FOX 13. "This one, because it was so recent, is only in the last 48 hours. We are judging alongside the mayors: what is it that they need? So that way we can sort out the goods that we have [and] that we're getting."

Otero said his group has been in touch with several mayors in Puerto Rico to better understand the most urgent needs. The organization is partnering with a group of nurses to collect first aid supplies.

"They're sending us anywhere between 15 and 20 pallets of medical goods that involve needles for diabetics, walkers and slings," he said. "The first thing that you see in events such as this one is people hurt."