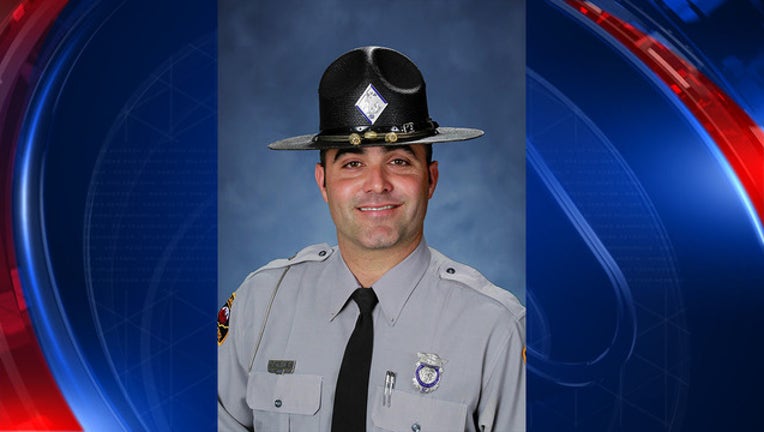 Trooper Kevin K. Conner, an 11-year veteran of the NCSHP was shot and killed Wednesday morning in the line of duty. (Source: NCSHP)

COLUMBUS COUNTY, NC - A North Carolina state trooper has been shot and killed, and a suspect is in custody.

The trooper has been identified as Kevin K. Conner, an 11-year veteran, assigned to Troop B, District 5 in Columbus County.

Davis is charged with first degree murder in the case.

"The tragic loss of Trooper Kevin Conner of the NC State Highway Patrol weighs heavily on our hearts. We are forever grateful for his devoted service and selfless commitment to protecting the people of North Carolina," Gov. Cooper said in a statement. "Our prayers are with his family and friends and his colleagues in law enforcement."

Baker says the suspect fled to Fair Bluff, where he was pursued by police until his vehicle became disabled on railroad tracks. The suspect fled on foot and was taken into custody around 4 a.m. He was transported to the Columbus County Jail by investigators.

The identity of the suspect hasn't yet been released.

The trooper was shot on U.S. 701 near Whiteville, in southeastern North Carolina. Fair Bluff is around 20 miles (32 kilometers) west of Fair Bluff, close to the South Carolina state line.

“The Highway Patrol family is mourning the loss of a hero and will forever be changed by the tragic events that have occurred”, said Colonel Glenn McNeill Jr., commander of the State Highway Patrol.  “We ask everyone to please keep Trooper Conner’s family and all who knew him in your thoughts and prayers.”