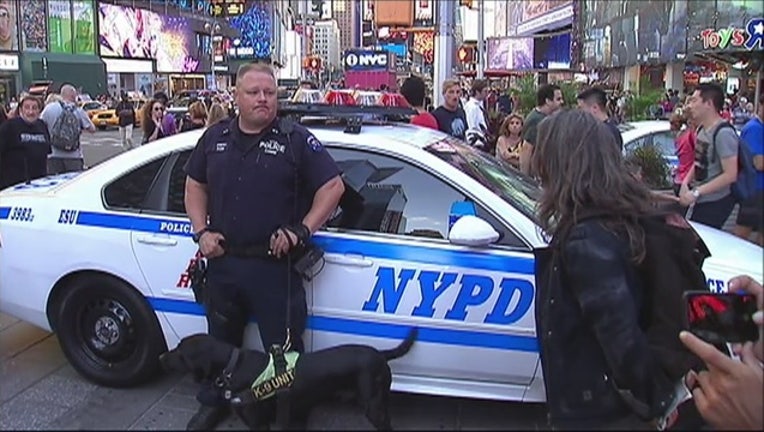 NEW YORK CITY (FOX NEWS) - A new video released on Wednesday by ISIS claims that more attacks will come in the wake of Paris, specifically mentioning an attack in New York City’s Times Square by a suicide bomber .

The video, released by ISIS’s media arm the Furat Media Center, features re-purposed footage of a music video released back in April which showed a suicide bomber getting ready to attack Times Square.

Before showing scenes of New York's Times Square, an ISIS militant is pictured saying that the attacks in Paris were just the beginning.