Dr. Rob Wenham, the Chair of Moffitt Cancer Center’s Gynecologic Oncology Program, says this new drug is a game-changer for the way ovarian cancer is detected.

"It’s probably the biggest step forward in the surgical management of ovarian cancer since our field was created," he said.

Cytalux is injected prior to surgery. The fluorescent dye targets a molecule found on most ovarian cancer cells causing them to light up.

"If I couldn't see it with my eyes and I couldn't feel it with my fingers, we didn't know it was there," explained Wenham. "And this technology now takes it a step beyond, so we can find tumors in about one out of three or one out of four patients that we would have left behind would have been clinically significant."

A special near-infrared camera is used, helping surgeons remove more of the tumor, and leading to better disease survival rates. 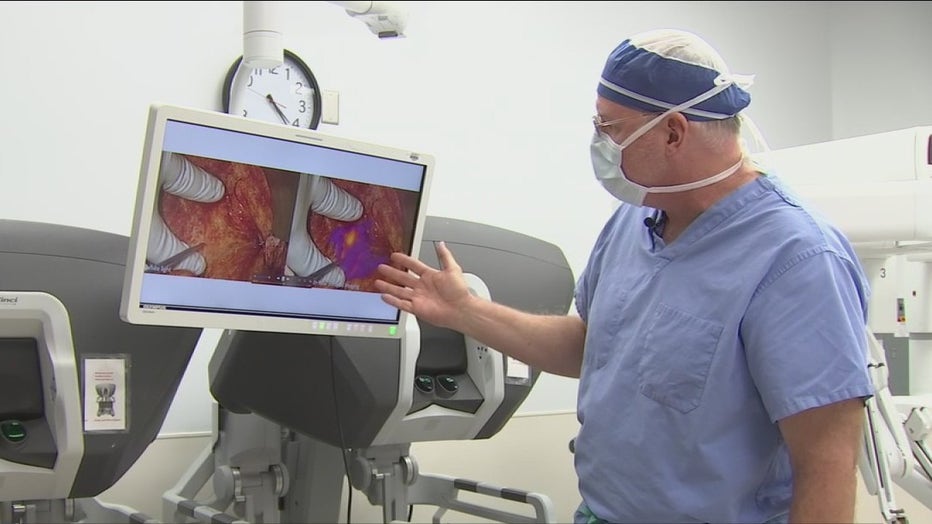 "We are detecting disease in about a third of women that we would have not known about unless we had this technology," Wenham said.

Moffitt took part in the phase 2 and phase 3 clinical studies for Cytalux, and played a role in the drug’s approval by the FDA. The first two surgeries using the drug are being done this month – one in New York, and the other at Moffitt Cancer Center.

According to the American Cancer Society, nearly 20,000 women will be diagnosed with ovarian cancer for the first time this year here in the States. For most of them, surgery is the recommended course of action to remove all visible cancer lesions.

"This surgery is going to be really taking it down to the finest level we can get it to, leaving the fewest cancer cells behind," said Wenham.

Cytalux is currently approved for ovarian cancer, however, clinical trials are underway to see if the same imaging technology can find other cancer tumors as well.