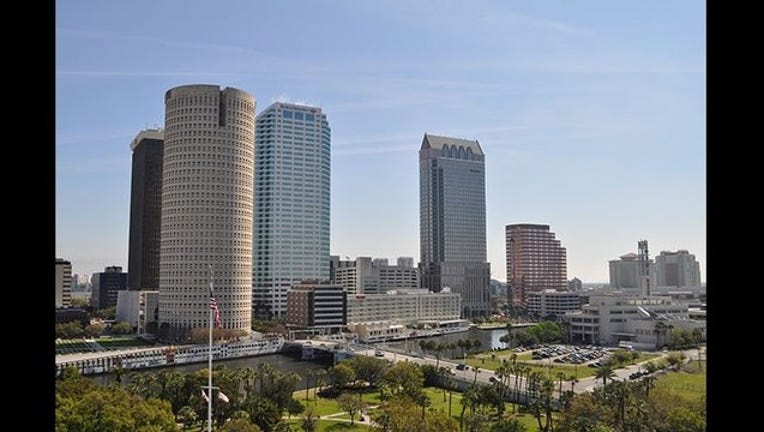 What could become Tampa's tallest skyscraper may rise from the former site of what was supposed to be a Trump tower.

Feldman Equities, a Saint Petersburg developer, recently filed plans for a 52-story mixed-use building along the Hillsborough River at Ashley Drive and East Brorein Street. The parcel is about an acre-and-a-half.

The plans call for the ground floor to have retail space, a restaurant and a bar fronting the Tampa Riverwalk. Above that will be seven stories of parking, totaling more than 600 spaces. Then floors eight through 22 will be office space, and the space on floors 23 through 52 will be used for about 200 residential units.

The proposed tower could be up to 620 feet, meaning it would top the city's tallest building, 100 N. Tampa, which is about 579 feet tall. The plot of land is the last remaining undeveloped parcel of waterfront land in downtown Tampa.

About 10 years ago, Donald Trump sold his name to the Trump Tower Luxury Condominium Complex. It was a $300 million project that eventually collapsed along with the real estate market. The recession hit and a series of lawsuits killed the project before construction began.