WASHINGTON - A newborn pygmy hippo calf made its world debut at an Australian zoo. Taronga Zoo Sydney captured video footage on Dec. 2 of the baby hippo calf adjusting to her new surroundings.

In the video, the chubby hippo calf moves around in a small watering area while enjoying quality time with her mom, Kambiri.

According to Taronga Zoo Sydney, the yet-to-be-named newborn was born on November 22 and is the first pygmy hippo calf to arrive at the zoo in more than four years.

In August 2020, the Metro Richmond Zoo in Virginia shared a video of a pygmy hippo calf taking its first swim. 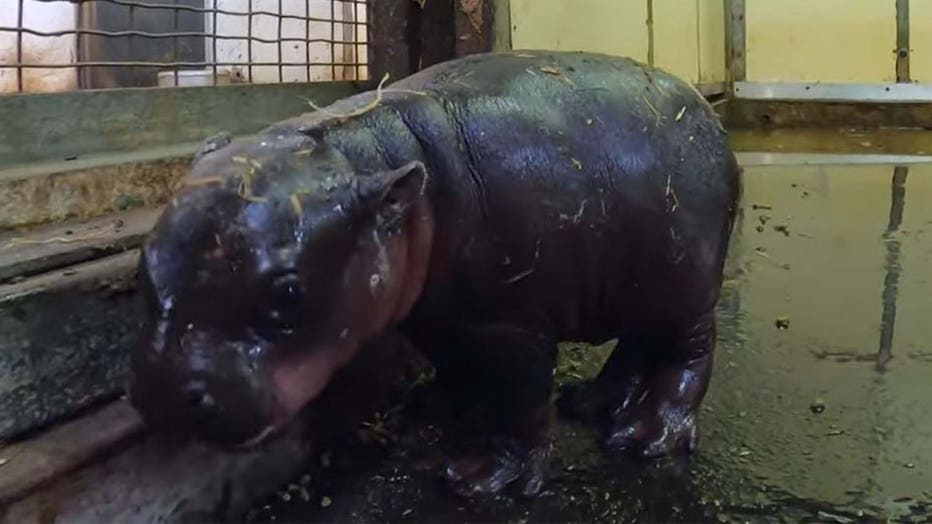 The calf, born on July 26, 2020, was the first pygmy hippo born at the Metro Richmond Zoo and in Virginia, FOX 8 in High Point, North Carolina reported.

An endangered pygmy hippo was born at the San Diego Zoo in April 2020. FOX 4 Kansas City reported that it was the zoo’s first successful pygmy hippo birth in over 30 years.

According to FOX 13 Tampa, the Franklin Park Zoo in Boston announced that their pygmy hippo named Cleopatra gave birth in October 2020 to a 13-pound calf.

Storyful contributed to this story