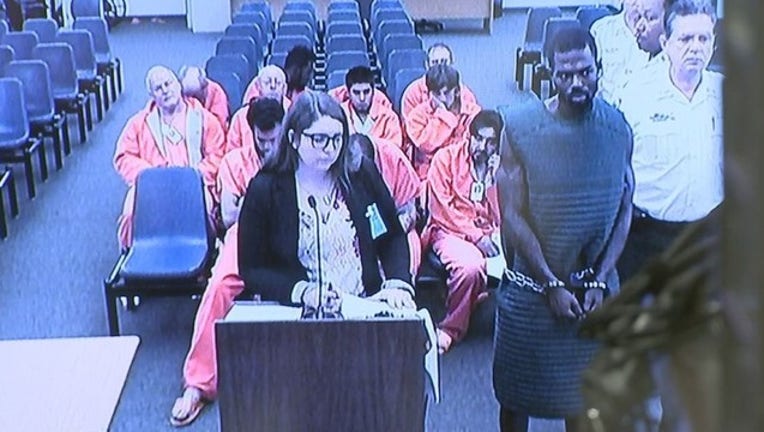 TAMPA (FOX 13) - The man charged in connection with a triple homicide and arson fire faced a judge at the Hillsborough County Jail on Sunday.

Xavier Whitehead, 28, was arrested Saturday and charged with arson, burglary and tampering with evidence. The judge ordered he be held at the jail with no bond.

Detectives believe Whitehead is one of two suspects involved in the murders of Derek Archie, Xavier Greene and Haley Stone on November 15. Their bodies were discovered inside a burning home on 16th Avenue South in Tampa.

Whitehead is currently not facing any murder charges and the second suspect has not been arrested.