Notes detail what was inside Florida's rejected math textbooks

TALLAHASSEE, Fla. - Nearly 6,000 pages of notes taken by teachers and curriculum coordinators around Florida revealed why certain textbooks were sent back to publishers for further revisions.

Most of what they found meshed with state law and many of the books were praised for things like "great directions" and helping a "growth mindset for a mathematician." But 54 of 132 books were sent back to publishers for several reasons.

A reviewer in Indian River County found in a high school math book she otherwise rated as "well-aligned with Florida standards," to conflict with Florida's rules concerning critical race theory in the classroom.

She cited a lesson that she said emphasizes that racism is embedded in American society. She also found questions about the gender pay gap and a statistic that said women lose out on $435,000, which she wrote came from TIME Magazine.

A teacher in the same county found in a stats textbook a statement about there being "too many white police officers" in New York when compared to the racial makeup of the community. Lea Mitchell, a director of training at Pasco Schools, said the specifics help lesson planners narrow down what will be allowed. 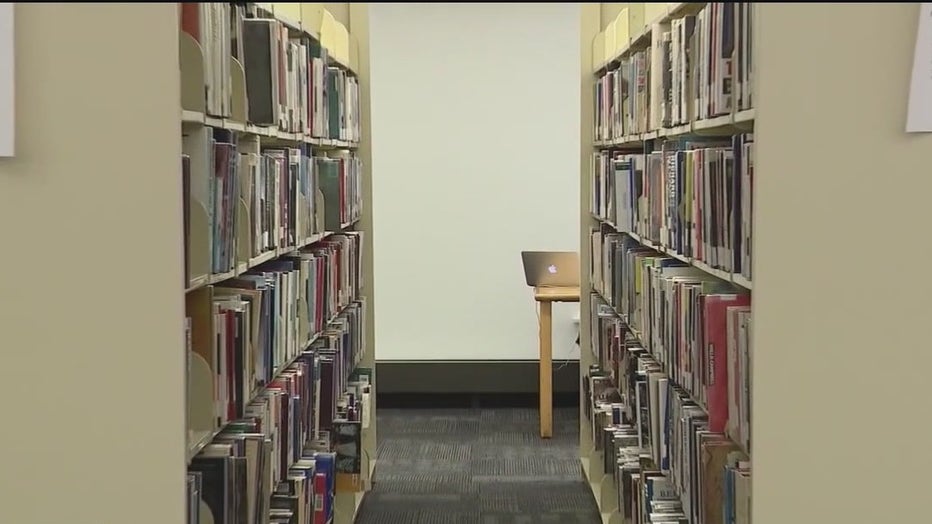 "It has been a little bit elusive to understand what some of the terminology being used by the department actually means in practice," said Mitchell.

Governor Ron DeSantis said publishers that have books rejected will be allowed to resubmit them once fixes are made.

"We want to make sure we are teaching kids to get the right answer, and not being diverted by ideology," said DeSantis.

One reviewer said a book should be rejected because the author talks about a climate crisis as if it is a proven fact. Mitchell said teachers are eager for the direction, but hopes it doesn't cross into micromanagement.

"I just hope that people continue to have the desire to serve their communities to educate the future," she said. "But I think the current climate is having people think twice."