WASHINGTON - America’s employers slowed the pace of their hiring in November, adding 210,000 jobs, the fewest in nearly a year.

Friday’s report from the Labor Department also showed that the unemployment rate fell sharply to 4.2% from 4.6%. That is a historically low level though still above the pre-pandemic jobless rate of 3.5%.

Overall, the November jobs figures point to an economic recovery that looks resilient though under threat from a spike in inflation, shortages of workers and supplies and the potential impact of the omicron variant of the coronavirus.

Little is definitively known about the variant, and widespread business shutdowns are considered unlikely. Still, omicron could discourage some Americans from traveling, shopping and eating out in the coming months and potentially slow the economy.

For now, though, Americans are spending freely, and the economy is forecast to expand at a 7% annual rate in the final three months of the year, a big rebound from the 2.1% pace in the previous quarter, when the delta variant hobbled growth. 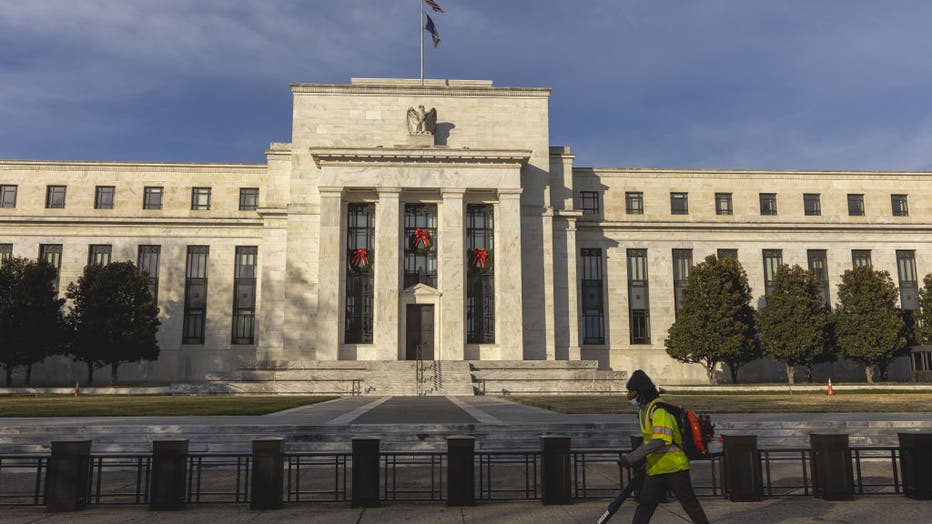 Beneath the headline figures on hiring and unemployment, though, lurks a potentially even more consequential question: Are more people who lost jobs to the pandemic recession finally coming off the sidelines to look for work again? Many more job-seekers are needed to help companies fill their open jobs and sustain the economy’s growth.

It’s also a critical question for the Federal Reserve. If the proportion of people who either have a job or are looking for one doesn’t rise much, it would suggest that the Fed is nearing its goal of maximum employment.

With inflation at a three-decade high and far above the Fed’s 2% annual target, reaching its employment mandate would heighten pressure on Chair Jerome Powell to raise interest rates sooner rather than later. Doing so would make loans more expensive for many individuals and businesses.

Even as the jobless rate has steadily declined this year, the proportion of Americans who are working or looking for work has barely budged. A shortage of job-seekers tends to limit hiring and force companies to pay more to attract and keep employees. Higher pay can help sustain spending and growth. But it can also feed inflation if businesses raise prices to offset their higher labor costs, which they often do.

About half the 3 million who have dropped out of the workforce have retired. The other half includes parents, mostly mothers, who stayed home to care for children during closings of schools and day cares. For some of these women, child care remains unavailable or unaffordable. Some other people have become self-employed. And others continue to delay their job hunts for fear of contracting COVID-19.

Economists differ on the question of whether more people will soon resume their job hunts. Julia Pollak, a labor economist at ZipRecruiter, suggested that rising wages, a near-record level of open jobs and declining unemployment provide encouraging signals for people still on the sidelines.

Other economists are less sure. Many of them had expected more women to return to the job market as schools reopened. That didn’t happen, suggesting that some mothers might have decided to stay home permanently.

And before COVID, many older Americans came out of retirement to take jobs, often for social reasons or to keep busy. But with the coronavirus posing a particular threat to elderly people, far fewer retirees are returning to the workforce. With the emergence of the omicron variant, that hesitance could persist.

Most gauges of the U.S. economy in November have been positive. Consumer spending surged, outpacing even inflation. Home sales rose in October at the fastest pace in January. A survey of purchasing managers at factories found that new orders and production accelerated. There were even signs that supply chain snarls loosened a bit for some manufacturers.