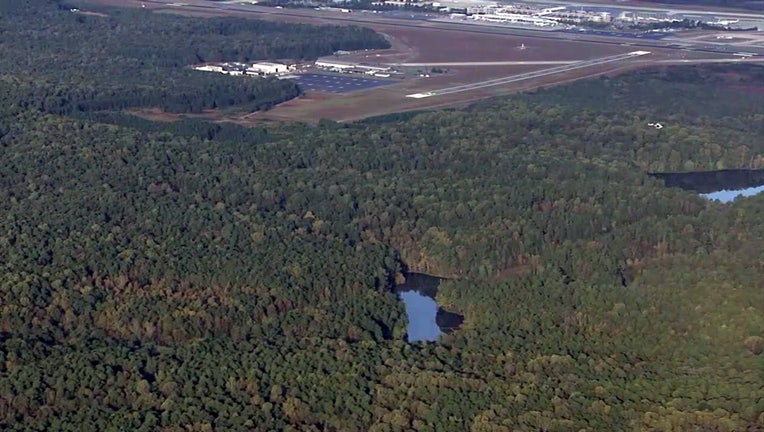 RALEIGH, N.C. - A Florida veterinarian piloting a small plane was having trouble seeing the runway on a nighttime approach before the October crash that killed him and his wife, according to federal authorities.

The National Transportation Safety Board issued a preliminary report on the Oct. 20 crash that killed Harvey and Patricia Partridge, both 72, of Terra Ceia, Florida, and temporarily halted air traffic at Raleigh-Durham International Airport. It took searchers until the next day to find the wreckage in the densely forested William B. Umstead State Park adjacent to the airport.

The NTSB report issued Thursday said Partridge told an air traffic controller he was having GPS and autopilot issues.

He was within a few miles of the airport when he told air controllers "that he saw `lots of lights' but he did not see the runway," according to the report. Shortly after, Partridge said he could see only the beacon, so runway lights were turned up, the NTSB said.

He finally told a controller he had the runway in sight shortly before controllers lost communication with the plane.

Federal investigators said the plane first hit a 100-foot pine tree and part of its wing remained lodged in the upper part of the tree when the wreckage was found. The crash left a 400-foot trail of wreckage.

The NTSB report noted that the crash occurred in dark conditions at approximately 7:20 p.m., nearly an hour after sunset.

Air operations were halted at the busy airport for about 20 minutes that evening as firefighters and rescuers rushed to the wooded area, causing commercial flights to be delayed or diverted.

Harvey Partridge ran a veterinary clinic in St. Petersburg, Florida, and a friend said he recently had used the single-engine Piper PA32 to transport an ailing rescue dog for life-saving surgery.

The preliminary report doesn't make final conclusions about the crash. A final report will come out later.