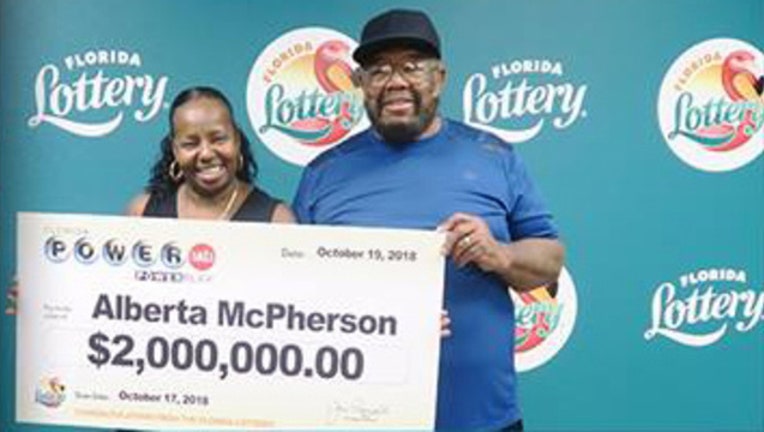 While the winning ticket for the record-breaking $1.6 billion jackpot was sold in South Carolina, four tickets, worth up to $3 million each, were sold in the sunshine state.

The Florida Lottery says three tickets, worth $1 million each, were sold at Publix on Weldon Boulevard in Lake Mary, 7-Eleven on South 78th Street in Tampa, and United Fuel on Southwest 8th Street in Miami.

One ticket worth $3 million was sold at RaceTrac on South John Young Parkway in Orlando.

READ: $1.537B lottery won in South Carolina 2nd largest in US history

Leading up to Tuesday's drawing, the buzz surrounding the Mega Millions and Powerball drawings was high.

A Pasco County woman cashed in on the excitement during the October 17 Powerball drawing, winning $2 million on a ticket she purchased at Winn Dixie on US 19 in Hudson.

Lottery officials will hold another drawing for the estimated $620 million Powerball jackpot on Wednesday, October 24.