A suspect fled from a traffic stop, crashed into a fence, drove through a Manatee County golf course, and into a pond where he attempted to hide in bushes. However, the sheriff's office aviation unit was watching him from above, guiding deputies to his hiding spot.

PALMETTO, Fla. - Manatee County deputies had their eyes in the skies as one man tried to flee and hide from them early Thursday morning.

Around 1 a.m., patrol deputies spotted a truck without headlights, driving on the wrong side of the road on Harrison Ranch Boulevard. They said when they attempted a traffic stop, the driver – later identified as 42-year-old William Ballard – fled.

The sheriff's office helicopter followed Ballard's truck as it drove through a fence at the Buffalo Creek Golf Course, traveled through the course, and entered a shallow pond. 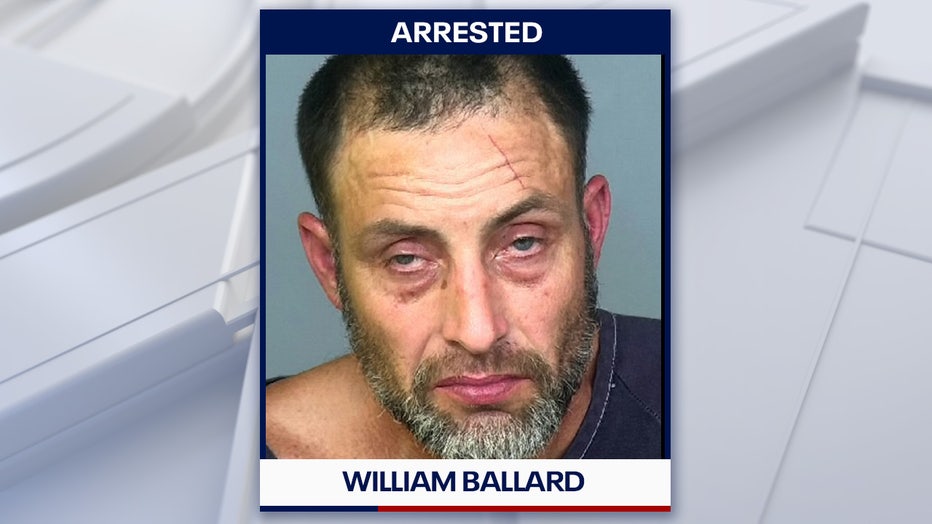 They said Ballard exited the truck and waded through the water into nearby brush and trees "attempted to hide from deputies." However, deputies said the aviation unit was watching from above, directing deputies on the ground.

Ballard was found and arrested. They said he was fleeing because he thought he had a warrant for his arrest, but deputies found no active warrant.

However, Manatee County deputies said he was driving with a suspended license. Ballard now faces charges of fleeing to elude an officer and criminal mischief.