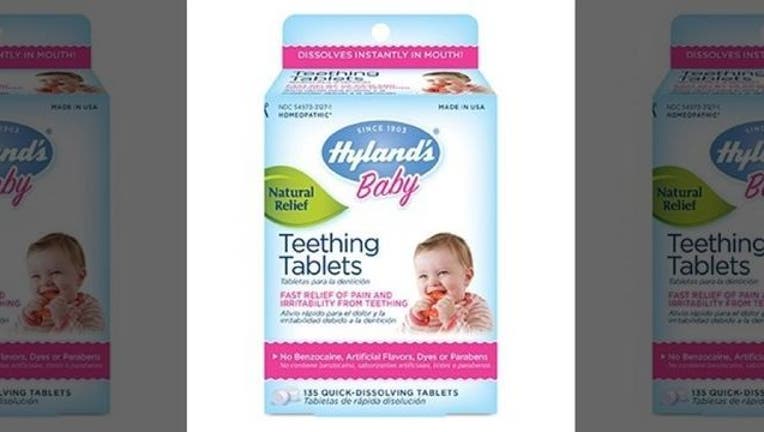 FOX NEWS - An ongoing investigation into homeopathic teething tablets and gels has reportedly revealed a possible link to 10 children’s deaths and more than 400 other adverse events, federal officials said, according to news outlets.

The Food and Drug Administration (FDA) reportedly said Wednesday that the agency is investigating the relationship between Hyland’s teething tablets and gels, and the deaths and adverse events. On Tuesday the company announced it would no longer distribute teething medicines in the United States. However, some of the company’s products remained on Amazon as of Thursday morning.

“The decision was made in light of the recent warning issued by the Food & Drug Administration (FDA) against the use of homeopathic teething tablets and gels. This warning has created confusion among parents and limited access to the medicines,” the company said in a statement on its website. “Putting you in a position of having to choose who to trust in the face of contradictory information is burdensome and undermines the FDA.”

While there was no official recall issued related to the current investigation, CVS had previously announced a voluntary withdrawal of homeopathic teething products following the FDA’s initial warning about the products. Walgreens also confirmed to CNN that it pulled homeopathic teething products from store shelves. The agency has been investigating samples of the products and analyzing reports linking them to seizures in infants and children since 2010.