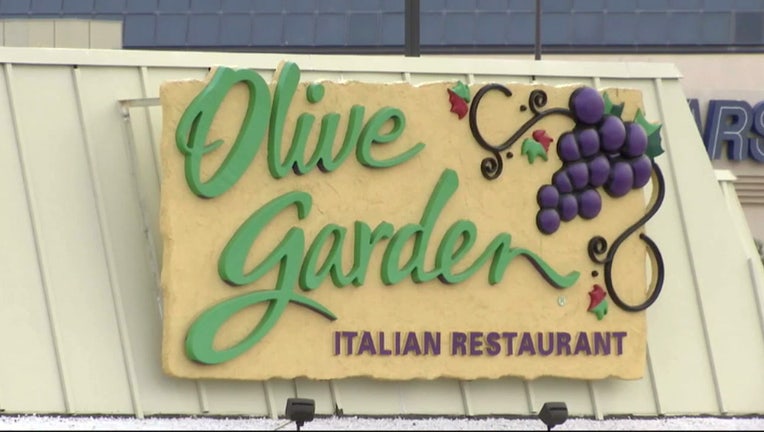 ORLANDO, Fla. - The company that runs the Olive Garden chain is raising pay for its workers and handing out one-time bonuses, a sign of optimism from the kind of casual sit-down restaurant that has been devastated by the pandemic.

Darden Restaurants said Thursday that every hourly restaurant worker will earn at least $10 per hour including tips as of Monday. That will rise to $11 per hour in 2022 and $12 per hour in 2023.

Darden, which also runs LongHorn Steakhouse, Cheddar’s Scratch Kitchen and other chains, said it will spend an additional $17 million one-time bonuses for its nearly 90,000 hourly employees. Workers will receive between $100 and $300 depending on how many hours they work each week.

The company on Thursday reported a surprisingly strong quarter and the pay hikes signal both confidence about an economic recovery and potentially increased competition for workers as the U.S. emerges from the pandemic.

A year ago this month, Darden closed all of its dining rooms. Casual dining chains were especially hard hit because unlike pizza places or fast foot chains, they had neither drive up windows nor well-established delivery service to offset the loss of business due to pandemic restrictions.

It's been one year since the first case of COVID-19 unrelated to travel or known exposures was diagnosed in Florida.  The first patient was a Manatee County man, diagnosed at Doctor's Hospital of Sarasota.

At one point, same-store sales at Darden, a key reading in retail for the health of a company, plunged 75%.

PREVIOUS: Darden Restaurants will offer paid time off for employees to get COVID-19 vaccine

About 99% of Darden’s dining rooms have since re-opened with at least partial capacity. The rapid vaccine rollout and stimulus checks are fueling sales this year. For the week ending March 21, same-store sales for the Orlando, Florida, company rose 5% compared with the same period in 2019.

About a third of Darden’s sales still come from carryout orders, but the company expects that to shift back to the dining room as more people are vaccinated and the economy recovers.

"It’s getting to a point where, you know, I think we’re cautiously optimistic and excited about what’s going to transpire here over the next few months, maybe few years," said CEO Eugene Lee during a call with industry analysts Thursday.

Legal experts: Florida employers can require employees to get vaccinated

With more people able to get COVID-19 vaccines and businesses taking steps to bring operations back to normal, can an employer require workers to get vaccinated? And what happens if an employee refuses?

In the fiscal third quarter, which ended Feb. 28, Darden’s sales fell 26% to $1.73 billion, better than the $1.6 billion Wall Street had expected, according to FactSet.

Darden said its average hourly worker already makes $17 per hour. But some currently make the federal minimum wage of $7.25 per hour, so the raise will ensure that all workers make at least $10 per hour.

"Continuing to attract and retain the best talent in the industry will be critical to our success," Lee said in a letter to employees.