LAKE ALFRED, Fla. - Polk County’s favorite son, and the troops he led during the Korean War, were honored in Lake Alfred on Friday.

General James Van Fleet was in charge of American and other United Nations forces during the Battle of Kapyong, which started 70 years ago on April 23, 1951. U.N. forces fought successfully to keep the communist forces of North Korea from invading and seizing Seoul in South Korea.

Van Fleet was in charge of defending the city.

"During the war, he was a hero," said Hoojung Jones Kennedy, the organizer of the event. "He left his heart in Korea."

Jones Kennedy is passionate about Korea because she was born there, her family fled the communists, and her cousin was beheaded by them, she said. 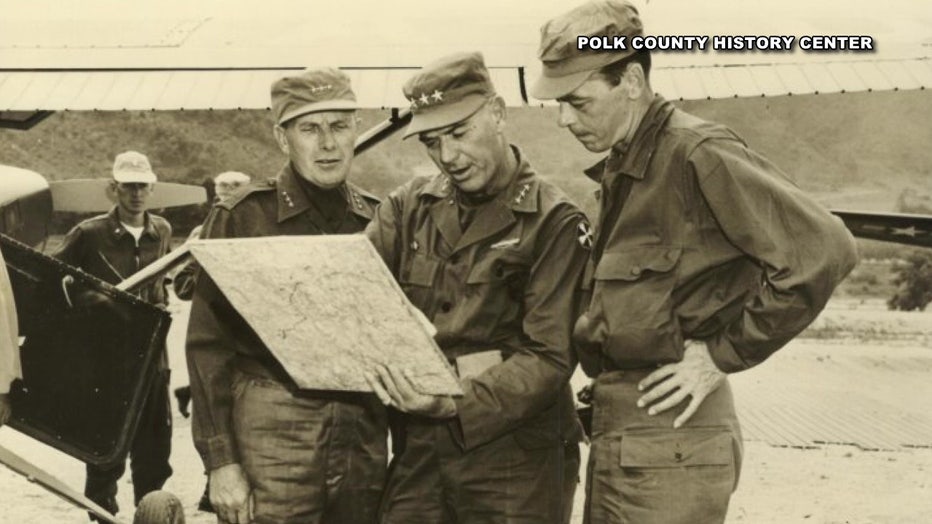 Along with honoring Van Fleet, the ceremony also commemorated the men and women who fought tirelessly under Van Fleet at Kapyong.

Even though they were outnumbered, they were able to eventually prevail.

"We have to do this to recognize their sacrifice," Jones Kennedy said.

The win was a turning point in the war -- something that Jones Kennedy says is still celebrated in her homeland.

Several dozen people, including a handful of  Korean War veterans, attended the event at the Frank C. Gardner and Veterans Memorial.

After the event, many went to a local VFW for a complimentary fish fry, and to talk about old times.