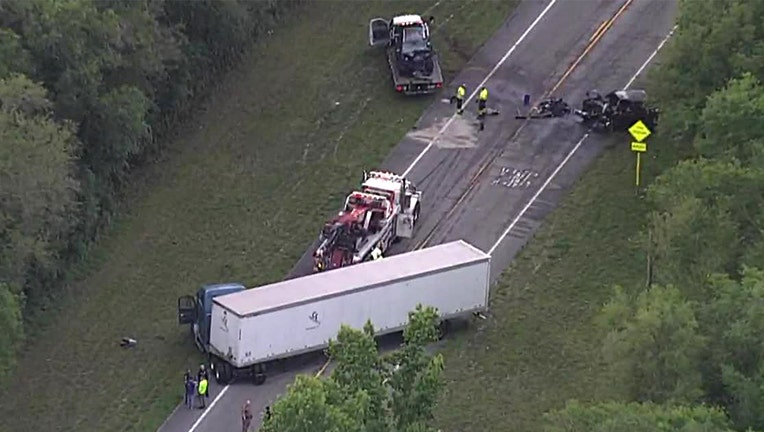 THONOTOSASSA, Fla. - Troopers say a Tampa woman died following a near head-on crash early Thursday morning. Moments later, a semi-truck crashed into her vehicle, sideswiped another, and collided with a good Samaritan who stopped to help with the initial crash.

According to the Florida Highway Patrol, the 32-year-old woman from Tampa was heading north on U.S. Highway 301 in an SUV. Around 2:53 a.m., investigators said she crossed the centerline of the highway and crashed into a pick-up truck traveling south. Troopers have not determined why she veered into oncoming traffic. 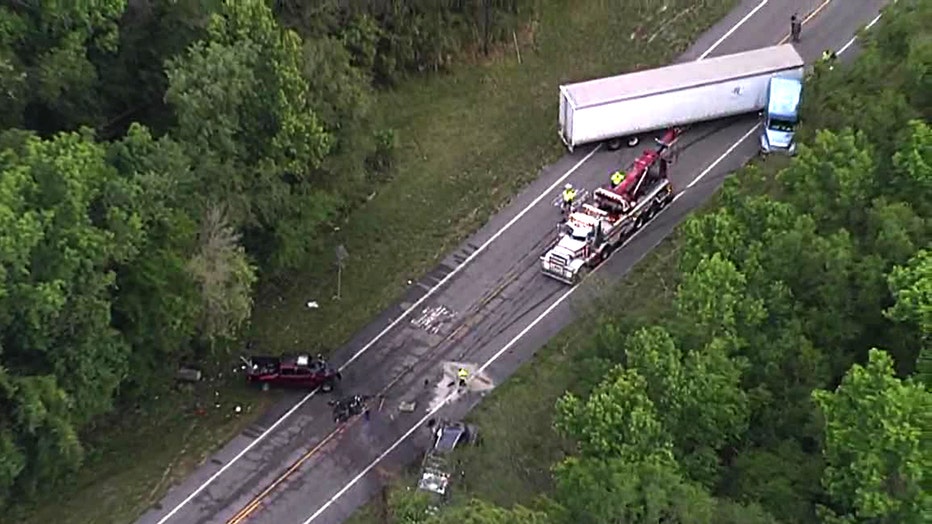 The driver of the pickup truck and his passenger had serious injuries after his vehicle caught fire due to the impact.

Then, the driver of a tractor-trailer crashed into the Tampa woman's SUV just minutes after the initial collision occurred, troopers said. The semi-truck also crashed into a passerby who had stopped to offer assistance at the crash scene.

Troopers also said the tractor-trailer sideswiped a fourth vehicle, another pickup truck, that was driven by a 62-year-old man from Zephyrhills. He had no injuries.

The good Samaritan was a 53-year-old man from Levittown, Pennsylvania, troopers said. He was taken to a nearby hospital where he passed away.

The Tampa woman died at the scene, according to FHP. 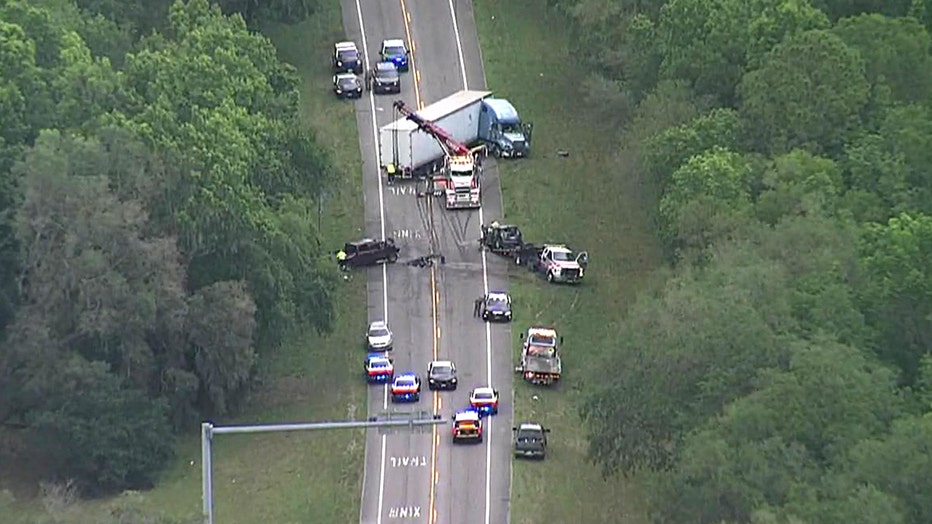