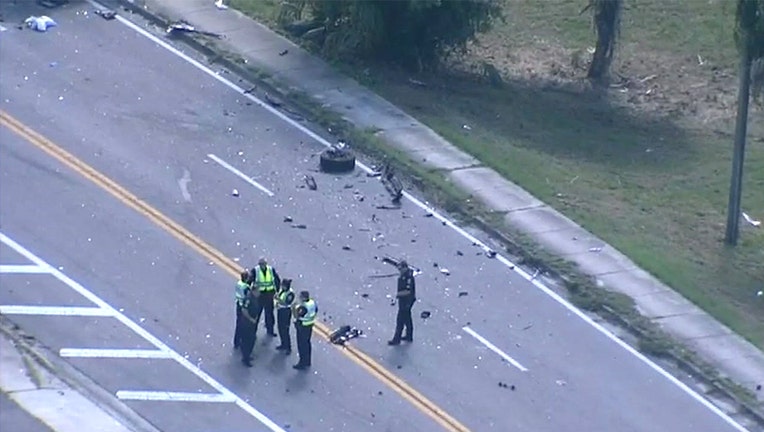 CLEARWATER, Fla. - One person has passed away in a Clearwater crash that occurred before noon.

Police say two vehicles were involved in the crash at the intersection of Fort Harrison Avenue and Woodlawn Street. One person passed away and another was taken to Bayfront Health St. Petersburg.

They say the intersection may be shut down for hours and drivers should find an alternate route.

The view from SkyFOX shows serious front-end damage to one vehicle, while the other is seen sitting on its roof further down the road. Debris was scattered near both vehicles.

The events leading up to the crash remain under investigation. There is no word on the total number of occupants inside both vehicles.