KANSAS CITY, Mo. - A single Kansas City, Mo. mother who lost her job during the COVID-19 pandemic decided to gift her $100 lottery winnings to a police officer shot in the line of duty because of the selflessness of her 12-year-old daughter.

In a Saturday interview on "Fox & Friends Weekend," Shetara Sims explained that her daughter, Rakiya Edmundson, initially had the idea.

"Because I know the police have been there for me but that was such a selfless act for my daughter and I didn’t want to change that. I wanted her to continue to be as she is," Sims told host Pete Hegseth.

Rakiya said she knew that if her family didn't have money, the family of an officer who was shot in the line of duty wouldn't either.

"Because my mom told me to care about strangers and then I thought about his family and how they might need to buy, like, food and they go and see him," she said.

Related: Officers raise money for out-of-work mom who gave her lottery winnings to cop shot in the line of duty

The officer was shot on July 2.

Kansas City Police Sgt. Jake Becchina told Hegseth acts of kindness like this are what keep his department going.

"It gives us the energy to keep showing up every day. You know, we keep serving. And, we show up to serve and that doesn't come with conditions. We serve no matter what," he said.

"But, when someone calls us like this and shows us this kind of support, that really gives us the energy we need to keep going every day," Becchina stated. 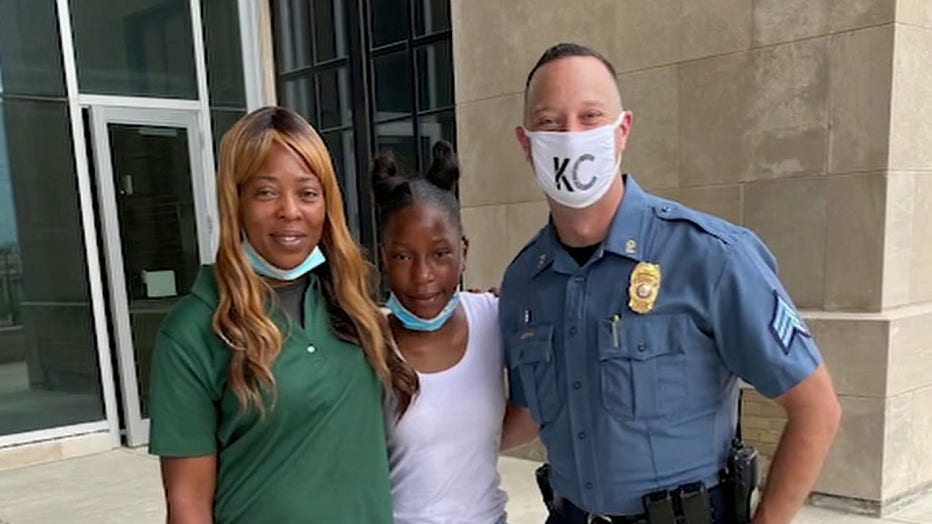 It took the Kansas City Police Department days to track Sims down. Then they created a GoFundMe page for Sims and Edmundson which has now raised more than $147,000.

"They gave me all the riches in the world. These people don't even know me and they have so many nice things to say to me. It was worth more than all the money in the world," she concluded.