Another case of road rage ends with gunfire in Hillsborough County

RUSKIN, Fla. - Deputies in Hillsborough County say they’ve arrested the men who fired on another driver two separate times earlier this month after a dispute over engine-revving.

According to the sheriff’s office, the first incident was the evening of September 14 as the victim – identified only as an adult male – was driving through Wimuama. That’s when a gold sedan pulled up next to him and its driver asked, “Are you revving your engine at me?”

The victim said no, but that driver – later identified by deputies as Raymond Davis, 18 – began following him. The victim saw Davis’s passenger hand him a gun and Davis allegedly fired two shots at the victim as he drove past.

Two days later, the victim spotted the same vehicle, driver, and passenger in the Ruskin area. He tried to get a photo of the license plate, but when the driver realized he was being followed, deputies say he drove off while his passenger fired several shots back at the victim, striking the vehicle once. 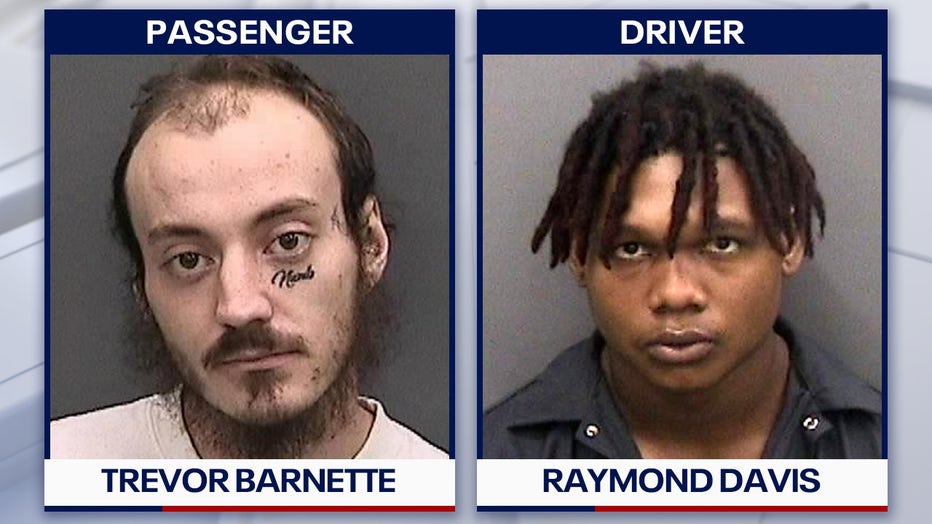 Deputies were able to identify Davis as the driver. He was arrested the next day on charges including aggravated assault with a firearm and allegedly confessed.

The passenger, identified as 21-year-old Trevor Barnette, was arrested Tuesday on similar charges. Police say he had a loaded revolver in his pocket that matched the one described by the victim. 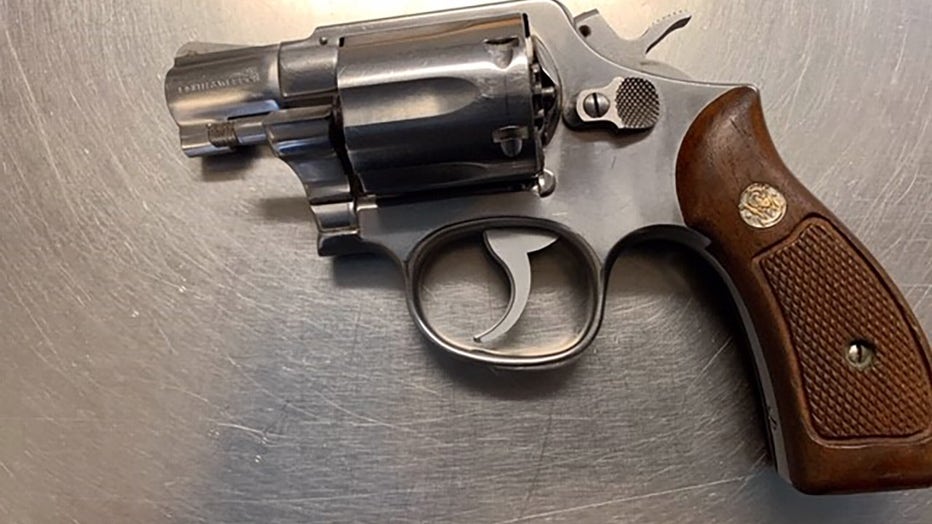 Deputies say this was the gun used by the suspects. (HCSO photo)

In announcing the arrests, the sheriff called on all motorists to keep their tempers under control.

“There is no excuse for someone becoming so enraged with a complete stranger on the roadway that they resort to violence,” Sheriff Chad Chronister wrote. “I am thankful that no one was injured during these senseless acts.”