VENICE, Fla. - Sarasota County deputies responded to a 911 call from a Venice home back in January where a 21-month-old boy wasn't breathing. The parents told deputies he had put something in his mouth during a walk, but as the investigation unfolded, deputies say stories changed.

Then they found drugs. Deputies say the child is lucky to be alive.

Deputies and EMS responded to the medical call January 8 off Park Road Venice. They said something immediately seemed off.

As they continued their investigation, they found fentanyl and cocaine on a metal spoon in the child's bucket. 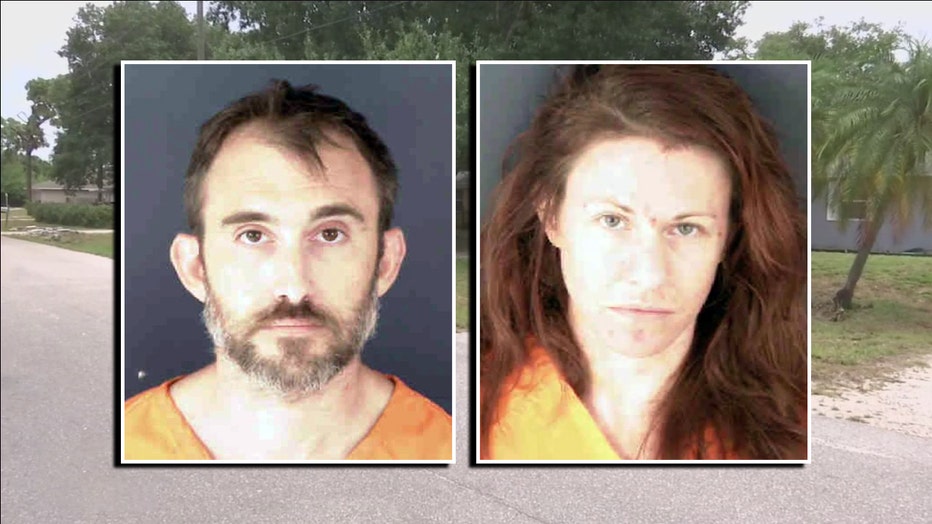 "She said she was on a neighborhood walk with the child which was customary, and the child may have picked up the cap to a needle and placed it in his mouth," said Kaitlyn Perez with the Sarasota County Sheriff’s Office.

Van Dorn told deputies the child was carrying a teal bucket to collect rocks. When she saw the cap, she swatted it out of the child's mouth, but he passed out when help arrived.

It took three doses of naloxone to revive the child.

Deputies were unable to confirm her story and found the bucket behind a closed door. Inside was a spoon and tissues. Deputies say a crack pipe and syringe were also found on a couch.

"When we tested that spoon it yielded positive results for fentanyl and cocaine," Perez said.

"To say this is appalling is an understatement. We are very glad that these two people are behind bars facing felony charges today," Perez said.

At the Venice home, Pavey, the child's father, told FOX 13 it was the scariest moment of his life. He denies the charges and calls the incident a horrible accident.

The child remains in the custody of DCF.

"As a mother myself, there are people in this world that try to have families and care for children so to be charged with the responsibility of taking care of a child and doing something like this there are no words for it," Perez said.

Van Dorn remains in jail with no bond for a probation violation. Deputies had to wait to arrest the pair because toxicology reports take time. They also must subpoena medical records from the hospital.

They arrested the couple last Saturday.