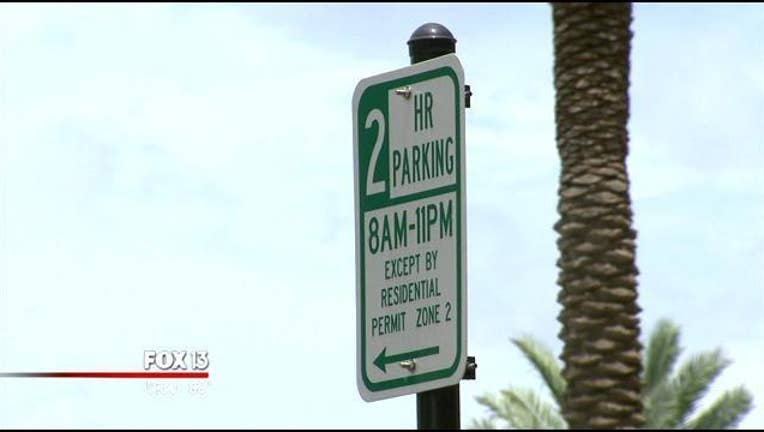 Four months and $175,000 from now the city of St. Petersburg should have a better handle on its downtown parking situation.  Whether or not that situation is a problem is a matter of perspective.

"There is an abundance of parking, believe it or not," Beach Drive merchant Matt Shapiro told FOX 13. "It's just finding it."

"Downtown has parking garages," Bonano pointed out. "Other neighborhoods have parking lots. We only have on street parking."

To gather public perceptions the city planned two meetings this week, one on Beach Drive and the other in the Edge District.

Consultants retained for a long-awaited parking study have already held smaller meetings with stakeholders such as the Chamber of Commerce and downtown neighborhood and merchants' associations.

Revenue data from parking meters and parking citations will also be studied, as well as the location of existing parking. Downtown already has 6,500 metered parking spaces and more than 18,000 public spaces in garages and surface lots.

In the Edge, Bonano sees a need for a new parking garage. Coincidentally the city is preparing to build a new police headquarters, including a parking garage.

A city official told FOX 13 the idea of sharing the police structure with the public is on the table.