His voice breaking, Prosecutor Mike Satz concluded his two-hour closing statement to the jury by reciting the names of all 17 victims of the Valentine's Day 2018 massacre, saying that for their murders "the appropriate sentence for Nikolas Cruz is the death penalty."

FORT LAUDERDALE, Fla. - Nikolas Cruz pled guilty last year to the 2018 attack that killed 17 people in Parkland, Florida, and after a three-month-long trial and hearing all the evidence, it’s time for the jury to make their decision. Should Cruz be sentenced to death or life without parole?

Closing arguments took place Tuesday. The prosecutor and defense attorney for Cruz agreed that his massacre was horrible, but disagreed on whether it was an act of evil worthy of execution or one of a broken person who should be imprisoned for life.

In his final statement to the jury, the lead prosecutor called the massacre a meticulously and callously planned attack worthy of the death penalty. Cruz’s attorney pleaded with the jury to show discretion, leaving the emotional trauma of the shooting out of the decision and using the evidence to make a rational decision about Cruz’s fate.

"It is said that what one writes and says is a window into their soul," Lead prosecutor Mike Satz said as the three-month trial neared its conclusion. The killings, he said, "were unrelentlessly heinous, atrocious and cruel." 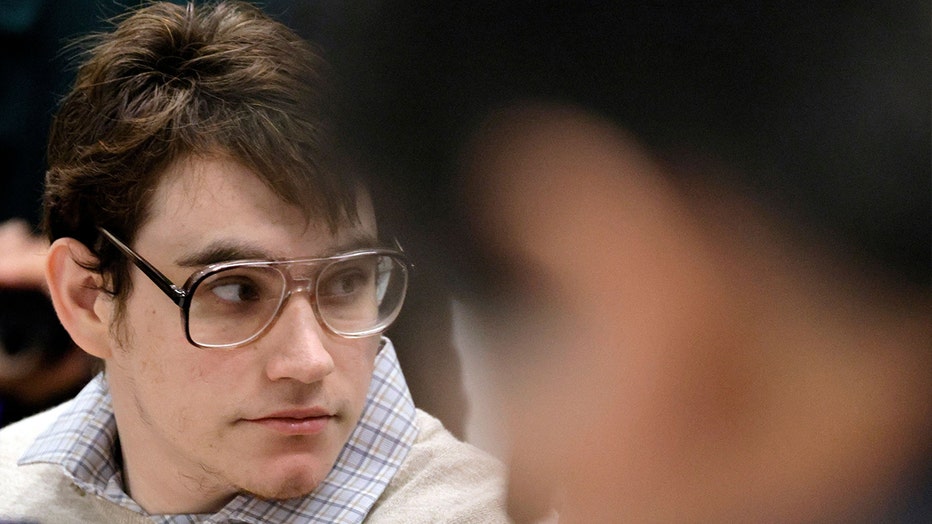 Marjory Stoneman Douglas High School shooter Nikolas Cruz looks on during the penalty phase of his trial at the Broward County Courthouse in Fort Lauderdale, Florida, on October 11, 2022. - Nikolas Cruz, the man who shot and killed 17 people at a Flo

Melisa McNeill, the defense attorney, said neither Cruz nor herself has ever denied what he did and that "he knew right from wrong and he chose wrong." But she said the former Stoneman Douglas student is "a broken, brain-damaged, mentally ill young man," doomed from conception by the heavy drinking and drug use of his birth mother during pregnancy. She argued for a sentence of life without parole, assuring them he will never walk free again.

"It’s the right thing to do. Mercy is what makes us civilized. Giving mercy to Nikolas will say more about who you are than it will ever say about him," McNeill told the jury.

The massacre is the deadliest mass shooting to ever go to trial. Nine other people in the U.S. who fatally shot at least 17 people died during or immediately after their attacks by suicide or police gunfire. The suspect in the 2019 massacre of 23 at an El Paso, Texas, Walmart is awaiting trial.

Jurors in the Parkland penalty trial can vote for death if they believe the prosecution’s aggravating factors such as the multiple deaths and the planning outweigh the defense’s mitigating circumstances such as his birth mother’s drinking. They can also vote for life out of mercy for Cruz.

In order for a death penalty sentence to be reached, the jury has to be unanimous in the decision. There's no timeline for the deliberation. It could take hours or days.

Jurors were told to pack a bag for at least two nights as they will be sequestered until that decision is made.

Cruz, dressed in an off-white sweater, sat impassively during the presentations, occasionally exchanging notes with his attorneys. A large number of the victims’ parents, wives and family members packed their section of the courtroom, many of them weeping during Satz’s presentation.

The mother of a murdered 14-year-old girl fled the courtroom before bursting into loud sobs in the hallway. Just minutes earlier, the families had greeted each other with smiles, handshakes and hugs.

Satz meticulously went through the murders, reminding the jurors how each victim died and how Cruz looked some in the eye before he shot them multiple times.

RELATED: Parkland school shooter may have been his own worst witness in death penalty trial

As he had during the trial, Satz played security videos of the shooting and showed photos. He talked about the death of one 14-year-old girl. Cruz shot her and then went back to shoot her again, putting his gun against her chest.

"Right on her skin. She was shot four times, and she died," Satz said. He then noted a YouTube comment, which jurors saw during the trial, in which Cruz said: "I don’t mind shooting a girl in the chest."

"That’s exactly what he did," Satz said.

Confessed Parkland school shooter Nikolas Cruz's defense attorneys say he often draws in notebooks and on his jail cell wall while in solitary confinement at the Broward County Jail. For the first time, the public is being given a glimpse of his disturbing sketches.

His voice breaking, Satz concluded his two-hour presentation by reciting the victims’ names, then saying that for their murders "the appropriate sentence for Nikolas Cruz is the death penalty."

McNeill during her presentation acknowledged the horror Cruz inflicted and said jurors have every right to be angry, "but how many times have we made decisions based solely on anger and regretted it?"

She focused on her belief that heavy drinking by his birth mother, Brenda Woodard, during pregnancy left him with fetal alcohol spectrum disorder. She said that accounts for his bizarre, troubling and sometimes violent behavior starting at age 2.

"There is no time in our lives when we are more vulnerable to the will and the whims of another human being than when we are growing and developing in the wombs of our mothers," McNeill said. Woodard "poisoned him in the womb. He was doomed in the womb."

She pleaded with the jurors to give Cruz a life sentence, telling them that even if they are the only holdout they shouldn’t fear what the reaction will be from the families or the community.

Gesturing toward the victims’ families, she said, "There is no punishment you could ever give Nikolas Cruz that would ever make him suffer as much as those people have and as much as they will continue to suffer every single day."

RELATED: Parkland shooter's defense details Nikolas Cruz's troubled past that left him 'damaged' prior to massacre