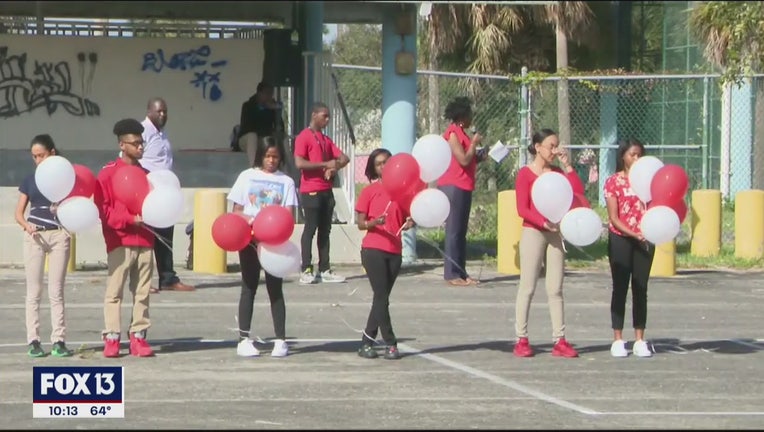 PARKLAND, Fla. - Students somberly entered Marjory Stoneman Douglas High School. They decided being together is all that matters.

"I feel better here, rather than staying home," said one student.

Together, they saluted the first responders who, two years ago, rushed in to find so many already dead.

A lot has happened since Valentine's Day 2018.

The state has changed numerous procedures in hopes of improving the next response.

"It was difficult to come in and see all these young folks giving us applause and saying thank you for our services," said Sheriff Gregory Tony. "Not too long ago, we came up short."

Students at other schools, like Turner Tech in Miami-Dade, held remembrance services outside, reading the names of each victim.

"This is a place where we should feel safe," said senior Jahquon Smith.

Alyssa was 14 when she died in the shooting.

"My community is healing," Alhadeff told FOX 13. "They are there for each other, to love each other and embrace each other."

They followed Jewish tradition in placing rocks on her stone, symbolizing love that never goes away. 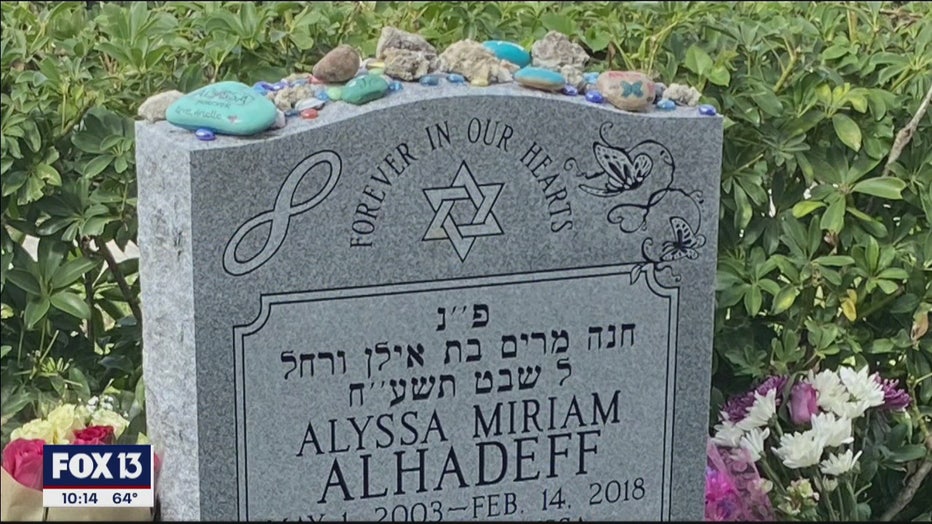 "Me and the other families, it is difficult for us every single day," Lori said.

She spends the rest of her days fighting for what she calls "Alyssa's Law," a requirement that all schools in Florida install silent panic alarms so help will get there faster than it did for her daughter and 16 others who died in Parkland.

The law will soon be heard by a second Senate committee. It's on the agenda next Thursday.

"The teacher will be empowered to push that button," said Alhadeff. "It will be a direct link to law enforcement." 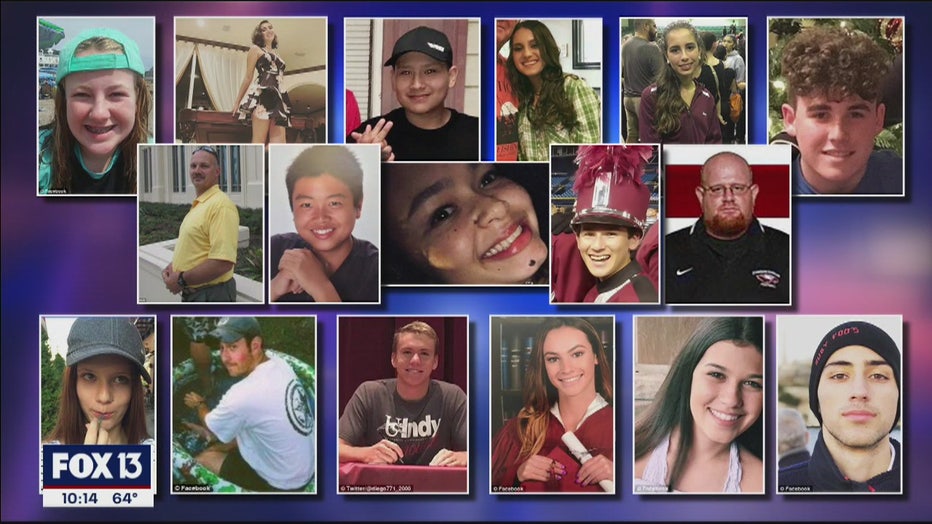 The survivors and their families are painfully aware, two years later, that time marches on. Half of the students who were enrolled two years ago have graduated, replaced by new students who will inherit the lessons of tragedy.

Schools across Broward County held a day of service.

"I was only in seventh grade," said one student. "I feel, instead of me staying home, I should help out with the people who helped out the shooting."

There isn't a student who hasn't wrestled with the question: Why wasn't it me?

"To see on the news people running, having that thought it could be us one day," said Smith, "or could have been us then, it was devastating."