NEW PORT RICHEY, Fla. - A recent federal court ruling found laws banning panhandling on Florida roadways are unconstitutional. In localities across the state, that means rules on the books can no longer be enforced.

Now, commissioners in Pasco County are taking action to curb dangerous street solicitations. People who live and work along U.S. 19 in Pasco County say there are panhandlers at almost every intersection and it’s a huge problem.

"It's very big, we have people walking in the intersections on both sides," explained Commissioner Kathryn Starkey.

For some, the signs and solicitations are a pet peeve, but local leaders say it’s really a safety issue. 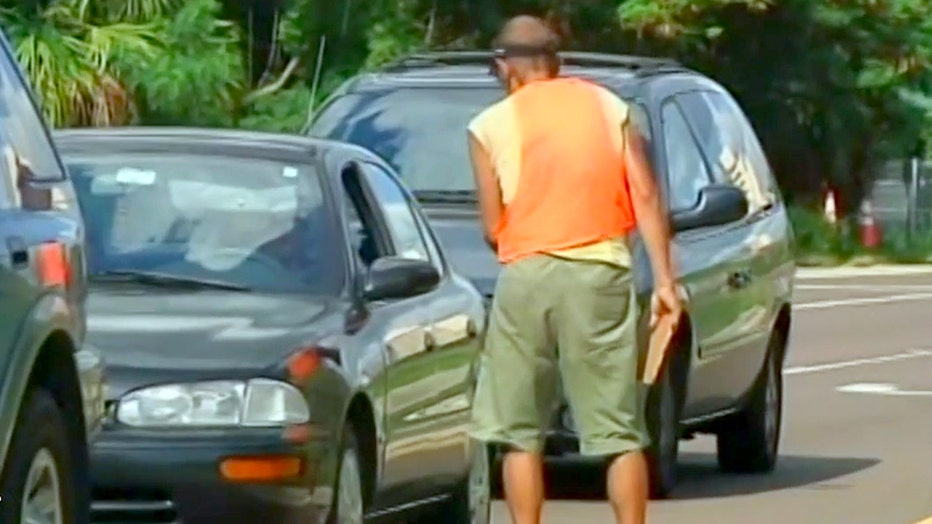 "We need to have some tools to keep people from standing and walking down the highways and approaching cars and traffic," Starkey said.

Back in February, deputies were instructed to stop issuing citations under the county’s roadway solicitation ordinance. A federal judge had ruled in favor of a St. Johns County man who was arrested after asking for help. The judge said panhandling and begging is a protected first amendment right.

The verdict was recently upheld, so county commissioners are taking action. At Tuesday night’s meeting in Pasco County, they unanimously voted to have attorneys draw up a new ordinance modeled after the one on the books in Lee County.

"It eliminates the concerns over the first amendment and specifically it eliminates any mention of solicitation or panhandling as a basis of a violation," said senior assistant county attorney Patrick Moore.

Instead, the ordinance would make it a violation to stand in the median or have an interaction between a pedestrian and a vehicle.

"I think it hits it perfectly, but simply, and I think it can change quality of life for our citizens," said District 5 Commissioner Jack Mariano.

It will likely be months before the new ordinance has a public hearing and a vote. Either way, commissioners say the county will need to enforce whatever rule is approved.

"I feel we're going to have to get a little tough for a little bit and get that message out there that this is not allowed in our county," Starkey said.

"Let's tell people that this is essentially illegal. You cannot do this. You will be cited as a driver if you're giving money out to these people in the corners," said District 2 Commissioner Mike Moore.