A toddler from Spring Hill remains at Tampa General Hospital following an accident on Saturday morning that amputated part of his leg.

According the Pasco County Sheriff's Office, Tiffany May Collins, 33, was riding a commercial zero-turn mower at the family's property on Orange Drive when her son, 2-year-old Zayden "Bean" Collins ran towards her. Collins tried to shut off the mower, but could not react fast enough.

The blades continued to spin as the child's right foot slipped on the wet grass and went underneath the mower. His leg was amputated approximately three inches above the ankle, according to family members.

First responders packed ice onto the amputated foot and rushed the boy to Tampa General Hospital by Bayflight, but doctors were unable to save the foot, according to the family.

"I just thank God that he's alive," said Christopher Littlepage, Zayden's uncle. "As much as everybody wants to say he should have been supervised, well for any single parent out there, they know it's hard to watch a kid. The kid is not going to sit there at two years old and watch TV while you're out mowing the lawn," added Littlepage, in defense of criticism his sister-in-law has received on social media.

Just two years ago, in April of 2013, a similar accident occurred in Palm Harbor. The father of 2-year-old Ireland Nugent accidentally backed over his daughter on a riding lawn mower in the family's driveway. Nugent lost both of her legs below the knees.

"He's in more pain [Sunday] than he was [Saturday], so they have some medication running through him to help him out," said Littlepage.

Doctors are checking his leg for any possible nerve damage. Another surgery is expected on Monday or Tuesday. 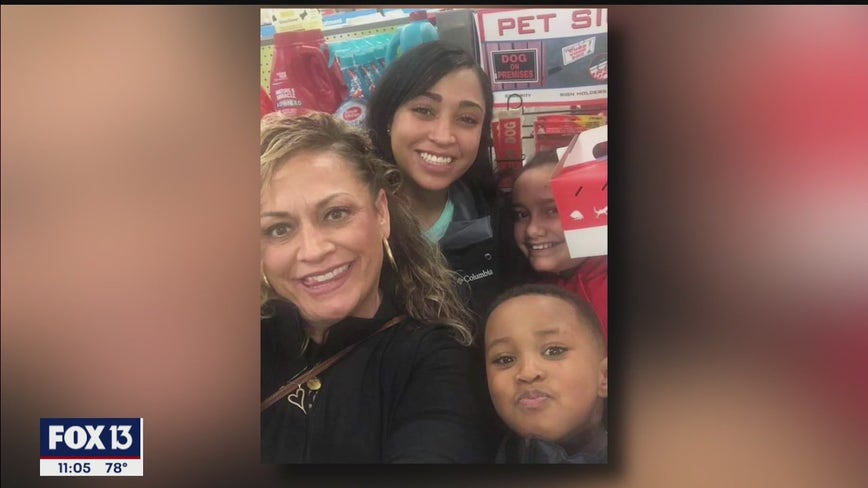