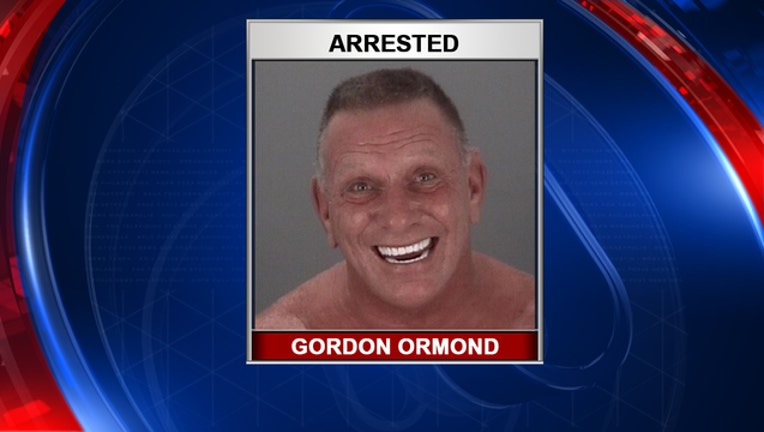 PORT RICHEY, Fla. - A New Port Richey man was arrested for DUI after driving away from deputies at a slow speed, they said.

Late Thursday night, a Pasco County deputy noticed  a white van run a red light. The deputy attempted a traffic stop but the driver of the vehicle refused to pull over.

Deputies said the vehicle continued to drive away at speeds between 15 and 35 mph, despite their marked vehicles following with their emergency lights and sirens activated. They said they observed the vehicle strike a basketball hoop.

Eventually, deputies said the vehicle finally stopped after they deployed stop sticks -- causing three of the four tires to deflate -- near the intersection of Embassy Boulevard and Glen Moor Lane in Port Richey. The driver, 56-year-old Gordon Ormond, was the sole occupant, they said, and exited the vehicle. Deputies said he tried to pull away from them as they attempted to place him in a patrol vehicle.

Ormond also told them his license suspended, deputies said. They checked and it turned out his driver’s license was revoked on July 5, 1991, and he had four previous DUI convictions.

Deputies said Ormond appeared impaired and was arrested for DUI, failing to submit a breath test, leaving the scene of a crash and fleeing. They said it was his 12th arrest for driving with a suspended or revoked license.