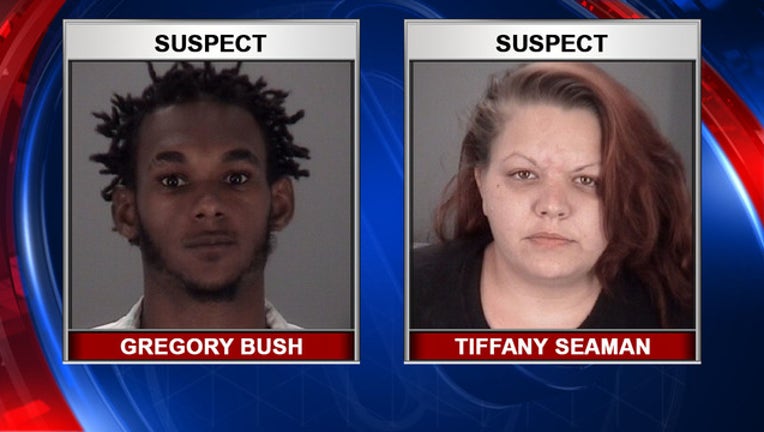 PORT RICHEY, Fla. - A Pasco County man is accused of forcing a child to sit on a toilet for five hours in order to potty train him.

Deputies said 23-year-old Gregory Carlton Bush entered the bathroom every hour and spanked the 4-year-old with a plastic spoon if he didn’t use the toilet. Officials said they noticed bruising on the child’s buttocks, upper thigh, and hip area.

Bush was arrested for child abuse.

His girlfriend, 31-year-old Tiffany Seaman, was aware Bush was disciplining the boy, deputies said, and allowed him it.

Seaman was arrested for child neglect for knowing about the abuse, deputies said.