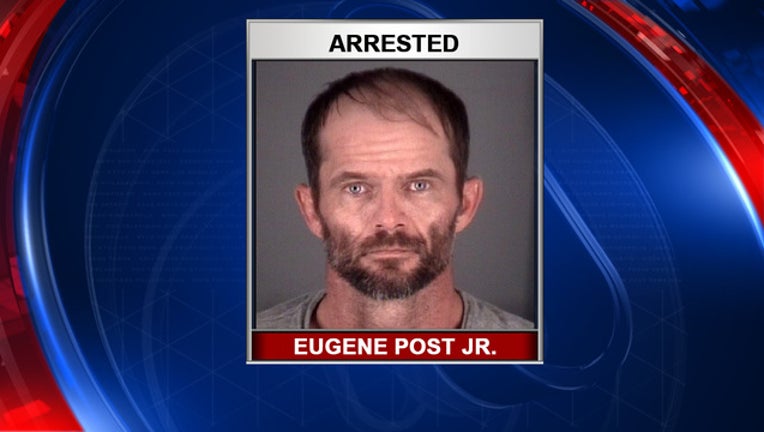 HUDSON, Fla. - Deputies in Pasco County arrested a Hudson man who allegedly left a note to his mother spray-painted on her driveway.

According to his arrest report, Eugene Post Jr. spray-painted the words “White Trash” on the driveway of his mother’s home on Kane Lane. The woman’s fiancé says he saw Post outside the home with the spray paint Saturday afternoon, then saw him drive away.

Post, 38, was later arrested on a charge of criminal mischief.

The arrest report notes that the damage will cost an estimated $50 to repair.