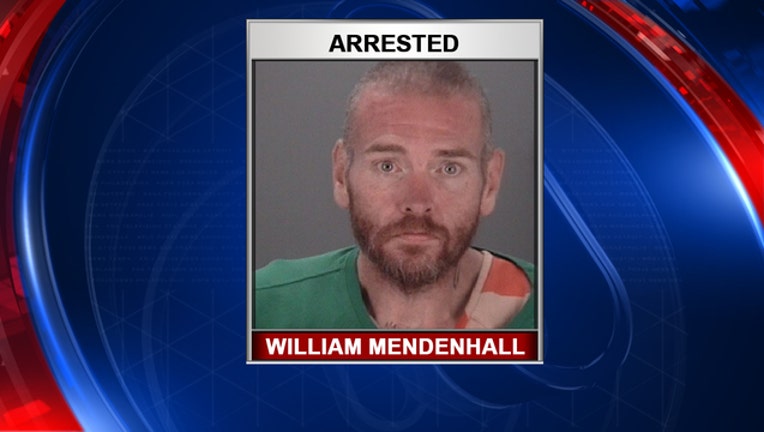 NEW PORT RICHEY, Fla. - A New Port Richey man is accused of chasing a pregnant woman into a home and threatening to attack her with a sword, deputies said.

They said he armed himself with a three-foot metal sword and slashed a tent in the side yard of a home, located in the 8300 block of Rider Drive in New Port Richey. Detectives said the victim approached him in an attempt to stop him, but then Mendenhall pushed her, threatening to "slice" her with the sword.

Deputies said that's when she ran and he followed her into the home threatening to hurt her with the sword. Officials said he was aware she was 21 weeks pregnant.

The victim was not harmed and Mendenhall was taken into custody.