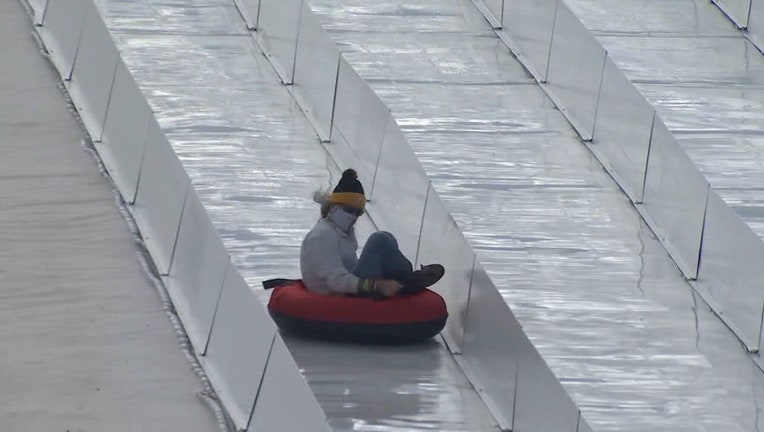 DADE CITY, Fla. - A snow park that was labeled as the first for Florida will return in November after its inaugural season experienced some slippery slopes, including code violations and snow shortages.

Tickets for Snowcat Ridge, located in Dade City, went on sale this week. Opening day will be Nov. 10.

Park officials say there will be new features this year: the "Crystal Ribbon," a 16,000 square foot ice-skating ribbon; an Eskimo Outpost with private igloo rentals; and new food and drink vendors in the Alpine Village. There will also be a music and light show each evening.

Of course, the snow slopes will be there. Riders can tube down the hill in either a single, double, or family-sized tube at speeds that can hit almost 30 miles an hour.

The park opened in November near Dade City, giving Floridians the chance to go tubing on its slopes and play with real snow inside an igloo. Operators had to shorten the hours when they couldn't produce enough snow.

The attraction was expected to stay open through March, but the park announced mid-January they had to close to upgrade their equipment.