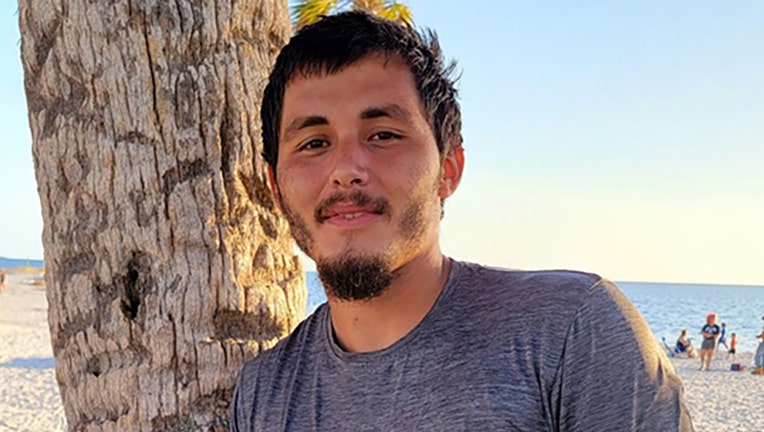 PORT RICHEY, Fla. - Pasco deputies have found a missing toddler after they say he was taken by his father during a domestic violence dispute Thursday morning in Port Richey. A statewide Missing Child Alert had been issued regarding their disappearance.

Investigators say the 2-year-old boy and his father were both safely located in Hernando County without incident.

The sheriff's office said Port Richey police responded to the Mercado Drive area around 10:10 a.m. regarding a domestic violence call.

Investigators said 23-year-old Noe Christian Dominguez had gotten into a violent altercation with an unidentified victim.

"He said, 'By end of the day, I don't care if I'm dead or you're dead,'" Pasco Sheriff Chris Nocco told reporters regarding the incident.

Dominguez then left with his 2-year-old son.

Port Richey police contacted the sheriff's office regarding the death threats Dominguez had made, asking for the agency's help.

Nocco said Dominguez later made additional threats, saying statements to the effect of, "Anyone trying to get him, it will be their last day on earth for him and the baby."

Dominguez is known to law enforcement in Florida, and has 11 prior felony arrests and 15 misdemeanors, Nocco said.