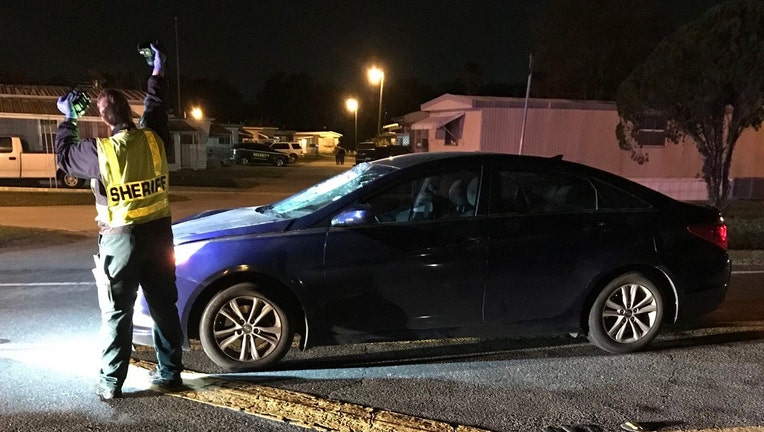 LAKELAND, Fla. - A 56-year-old man died Saturday evening after being hit by a car while walking to a gas station in Lakeland, investigators said.

According to the Polk County Sheriff’s Office, Jeffrey Phillips was crossing New Tampa Highway near Gentry Circle when he stepped into the path of a Hyundai Sonata.

Investigators said the roadway in the area does not have a crosswalk and it was dark at the time of the crash. Phillips was not wearing reflective clothing and the driver of the car told investigators she did not see Phillips until he was in front of her car. She stopped immediately and called 9-11.

According to the Polk County Sheriff’s Office, witnesses said Phillips had been drinking for several hours before the crash and impairment on his part is believed to have been a factor.

Phillips was taken to the hospital where he died from his injuries.