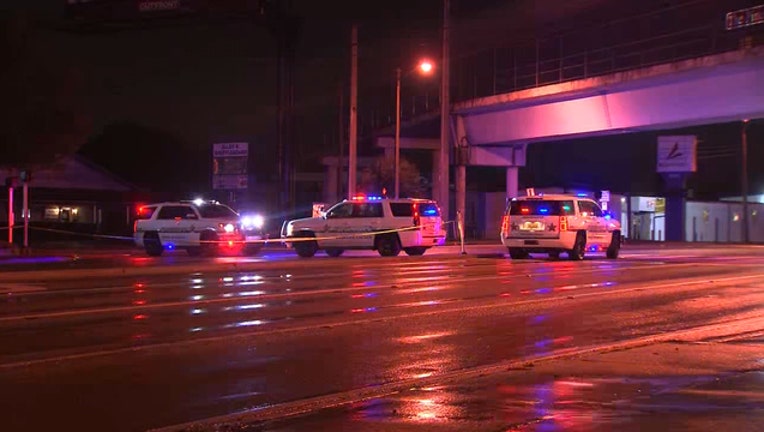 SEMINOLE, Fla. (FOX 13) - A pedestrian was killed in a crash that occurred in Seminole, deputies said.

The collision occurred just before 9:30 p.m. Tuesday. Pinellas County deputies said the pedestrian, a 50-year-old woman, was walking on the sidewalk on the east side of Seminole Boulevard, just north of 66th Avenue North.

Officials said she stepped into the roadway and into the path of a Toyota Tundra, driven by a 71-year-old man. The driver, deputies said, was unable to prevent the collision and his vehicle struck the woman, who has not been identified.

Paramedics responded and said she passed away at the scene. Deputies said it appears the pedestrian was drinking alcohol with her boyfriend behind a business located at 6595 Seminole Boulevard, prior to the crash. They said she was not in a designated crosswalk at the time of the accident.

Investigators said the driver showed no signs of impairment and provided two voluntary blood samples. They also said speeding was not a factor in the crash.