Penguin unveiled on The Masked Singer

Find out the celebrity contestant under the penguin mask! 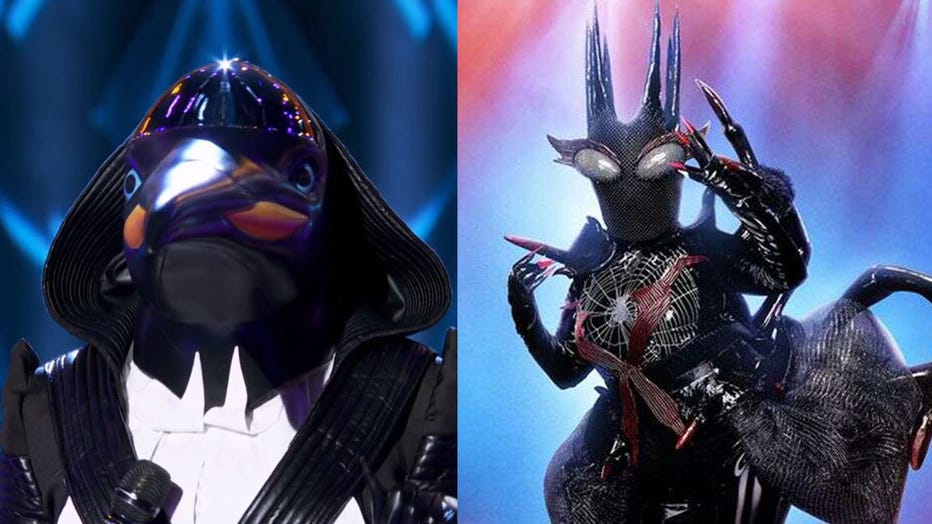 A clue penguin offered this week was that she had always been relegated to the D-list. She also said she learned that “the brightest star can be born out of the greatest tragedy.” Penguin hinted about becoming a comedian, and said I never "curb my enthusiasm," which led the panelists to guess Wanda Sykes.

RELATED: The penguin is prepared to ice out the competition on 'The Masked Singer' Season 2

The penguin performed an arctic version of Meghan Trainer's "All About That Bass," which left the audience waddling with joy but ultimately led to her unmasking.

“Part of me still says Sherri Shepherd, and I’m so afraid to say it because I said it last season, and now I’m saying it again,” Jenny McCarthy said.

In the end, McCarthy was right — and her former co-host of “The View” was finally unmasked.

“The clues that I gave, as vague as they were, Jenny still saw through them,” Sherri Shepherd said. “She thought it was me and I was sweating bullets every time Jenny said Sherri Shepherd.”

The Emmy Award-winning TV host, actress and comedian said she wanted to try something that “scares” her.

“This has been the hardest thing for me not being able to talk,” Shepherd said. “Are you kidding me? I make my money talking for a living.”

Shepherd said the costume was “difficult,” as she could only see out of the bottom of the mask at her feet while on stage. She added that her penguin outfit is like her own Sasha Fierce, Beyonce’s alter ego on stage.

“It’s like you get to be a different person, and it actually let me live a little and be free,” Shepherd said.

“I’m trying to see if they’ll let me use it for my dating profile,” Shepherd joked.

In the second hour of “The Masked Singer” that aired Wednesday night, the black widow did a rendition of Cher's "Believe" — but ultimately received the least amount of votes and was forced to unmask.

The black widow was ultimately revealed as none other than actress and singer Raven-Symoné.

RELATED: Who is it?: The black widow from Season 2 of ‘The Masked Singer’ belts Carrie Underwood hit

Tune in to find out who gets unmasked on the next episode of “The Masked Singer" Wednesdays at 8 p.m. ET/PT on FOX.