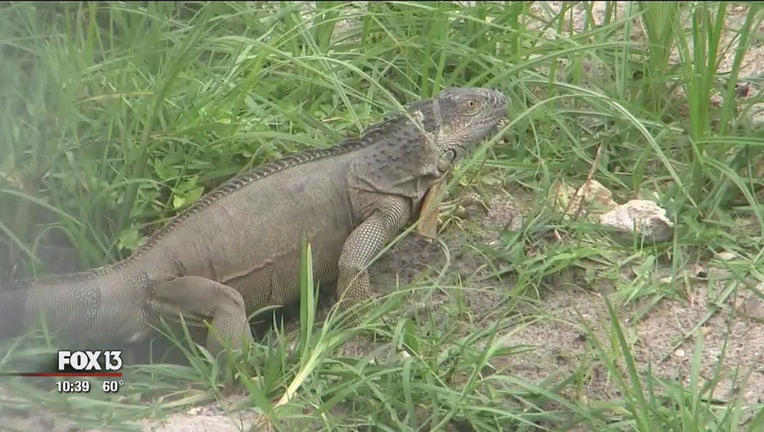 MIAMI - Florida wildlife officials have come under scrutiny since telling residents earlier this year they could kill iguanas without a permit.

The non-native reptiles are such a nuisance that Florida Fish and Wildlife Conservation Commission says residents should exterminate them on their property whenever possible.

Iguanas aren't dangerous, but they multiply rapidly, carry salmonella bacteria and can dig lengthy tunnels and damage seawalls and sidewalks.

The animal rights group PETA worries the reptiles are not being killed humanely because officials did not offer instructions on how to kill them.

The group filed a public records request seeking information on how officials arrived at the decision and were told it would cost nearly $75,000 to review 377,609 emails.

The Sun Sentinel reports iguanas should not be drowned, frozen or decapitated because their brain can remain active for up to a minute following decapitation.