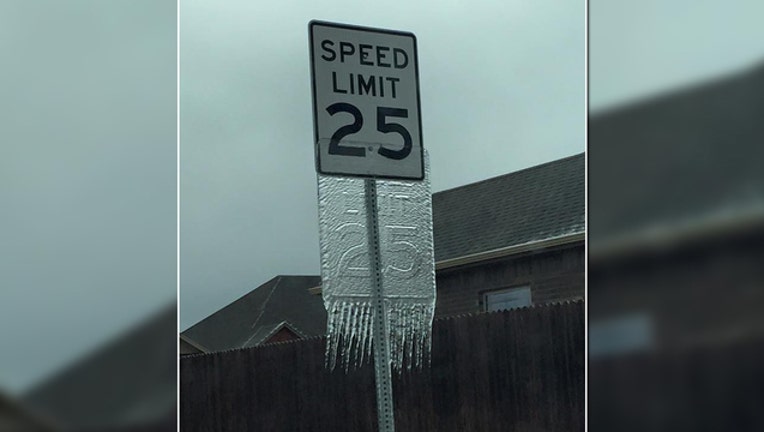 TAMPA (FOX 13) - The speed limit may have been 25, but a photo of the icy sign itself has stopped many in their tracks after it was posted online over the weekend.

The picture was snapped in Oklahoma City, OK after a massive ice storm whipped through the area, leaving nearly 100,000 homes without power, and the entire Sooner state in a state of emergency.

The image, posted by Facebook and Twitter user Barbie Jeffers Battershell, shows a speed limit sign, and then its exact replica in ice, as it slowly slips to the ground.

“Thanksgiving ice storm 2015 has begun to melt (power on, uverse not). This is the speed limit sign at the entrance of our addition,” Barbie wrote alongside the image on Facebook.

It’s since taken the internet by storm, with thousands of reposts, shares, and retweets, many from Floridians still soaking up their sunny, 80-degree forecasts.

To those people, Barbie says she's still looking on the bright side.

"We are merely gearing up for a possible white Christmas, however I'm missing my tan!!!," she said.