ST. PETERSBURG, Fla. - It was a terrifying day on the job for a St. Petersburg bridge worker after he said a speeding pickup truck slammed into the side of his crane.

"It could have been so much worse, but for me, it was just crazy traumatic," Greg Carlton, the crane operator, said.

Carlton was sitting in the cab of the crane Monday morning near the I-275 and Fourth Street construction site near the Howard Frankland Bridge. He said that's when he heard an engine revving, looked up and saw a pickup truck speeding toward him.

The crane operator said the truck driver swerved and hit a concrete finishing machine and then hit his car, causing it to catapult. Carlton said the driver then slammed into the crane. 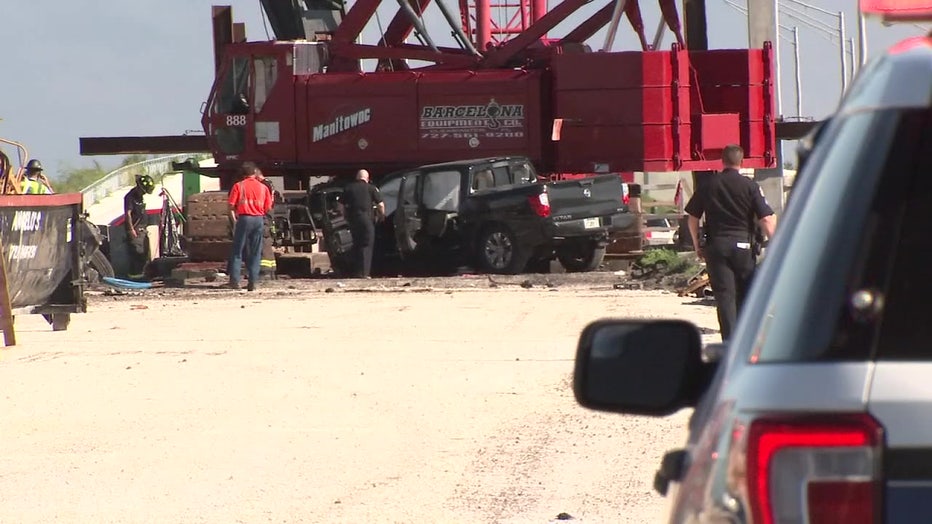 Glass shattered across Carlton's lap. He said he had just seconds to brace for the impact, so he made sure his head wasn't near the window.

"When it almost impacted, I sat back in the seat and there was a metal piece right there that I knew would protect me, so I figured I just sat back and let everything come to rest," Carlton said.

The driver of the truck was rushed to hospital and at check remains in critical condition. The pickup truck's front end was nearly gone. Carlton's car which was parked near the crane was also totaled. Carlton said he's thankful to be able to walk away with just scratches but admits dealing with the trauma of it all has been difficult. 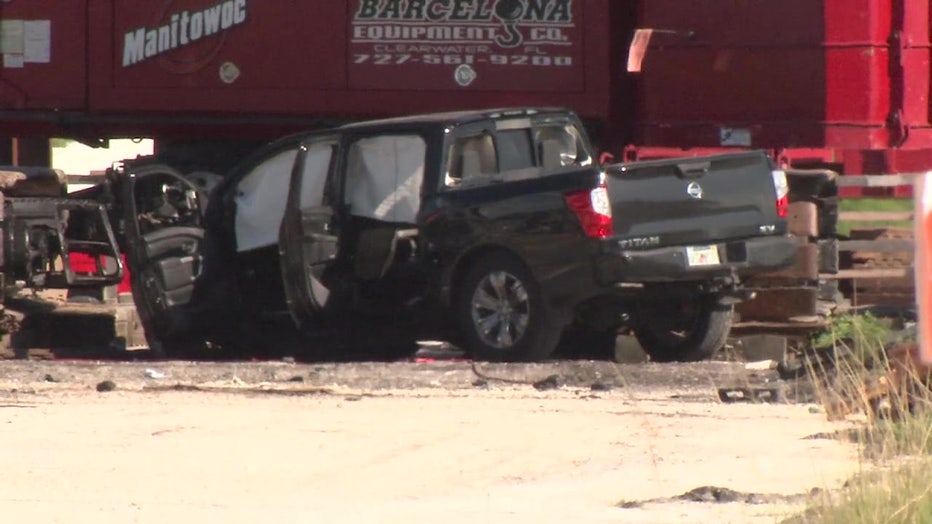 "It's still surreal. You know, I thought that I'd wake up from a dream, you know, that it was all just a dream. And last night, I had dreamt about it. You know, I woke up thinking a truck was going to hit me," Carlton said.

Carlton has since talked to his doctor and said he'll be taking it one day at a time, unsure when he'll feel ready to get back on the job. The crash remains under investigation.