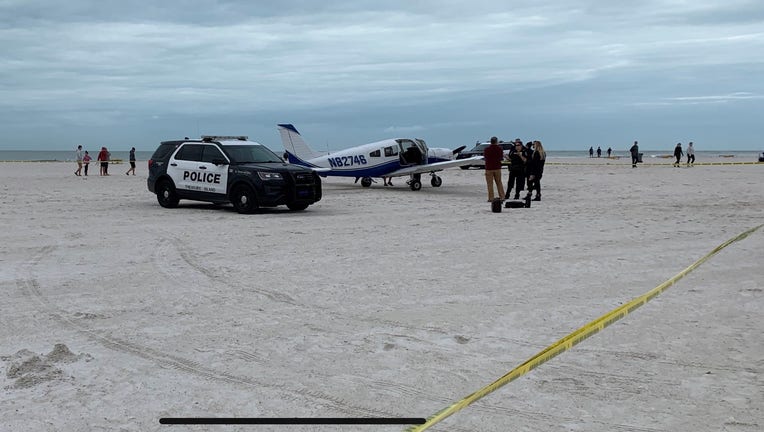 Resting quietly after an unexpected landing on the beach.

TREASURE ISLAND, Fla. - A pilot made an emergency landing on the beach this morning after she says her engine failed over the water 24 minutes after takeoff.

The pilot told our videographer she could not make it back to Albert Whitted Airport so she decided the safest plan was to land the Piper Archer aircraft on the beach.

Treasure Island Chief of Police John Barkley says there was one other person on the plane besides the pilot. Neither were hurt.

The plane clipped a pole on the landing and does have some damage to its wing.

We're told the passenger was interested in getting back into flying.

The NTSB is investigating.