Gulfport prepared for possible flooding due to Elsa

GULFPORT, Fla. - Residents and business owners were preparing for flooding Tuesday night as Hurricane Elsa spun past the Bay Area.

The Gulfport waterfront often floods, as it did during Tropical Storm Eta last fall.

Tuesday night, most of the businesses have tarps and sandbags at their doors. City officials say 7,500 sandbags were handed out over the last four days.

During Tropical Storm Eta, the strong winds and storm surge caused six sailboats to break loose and wash onshore at the municipal beach. This time around, city officials say they made some changes so vessels could be more secure.

"Marina director Denis Frain opened up the available mooring balls in Boca Ciega Bay and allowed the boaters that were just anchoring in the bay to secure to an actual infrastructure built that’s hurricane-rated," explained Justin Shea of the city of Gulfport.

Shea says this is the first time Gulfport has opened those mooring balls to boaters ahead of a major storm. 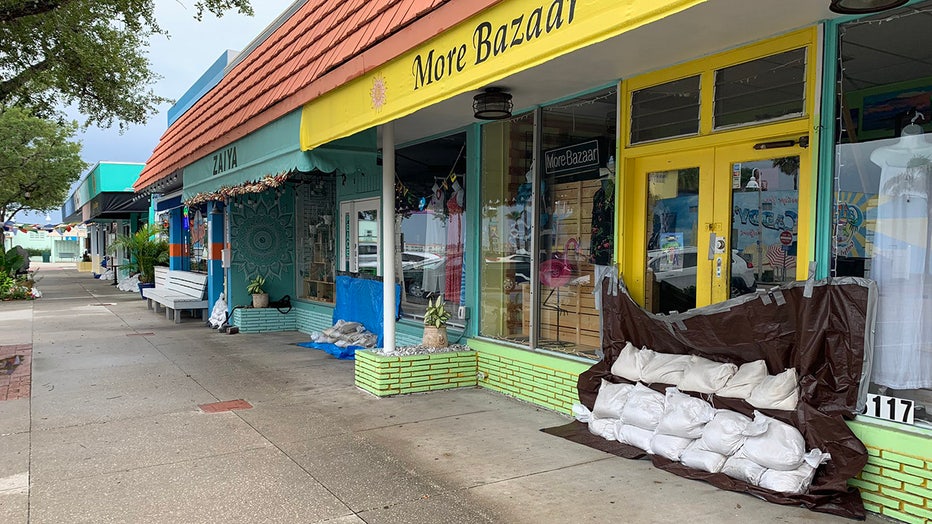 The big concern remains storm surge; 3 to 5 feet is possible in Pinellas County overnight and into Wednesday.

Residents and tourists are urged to stay home and never drive through high water on the streets.

Elsewhere, Pinellas County was limiting access to the barrier islands – from Dunedin to Pass-A-Grille – through 7 a.m. Wednesday.

Sheriff Bob Gualtieri said deputies will be at all bridges that lead to the barrier islands. The only people allowed are those who are heading to work, a resident, or staying at a hotel or vacation rental.