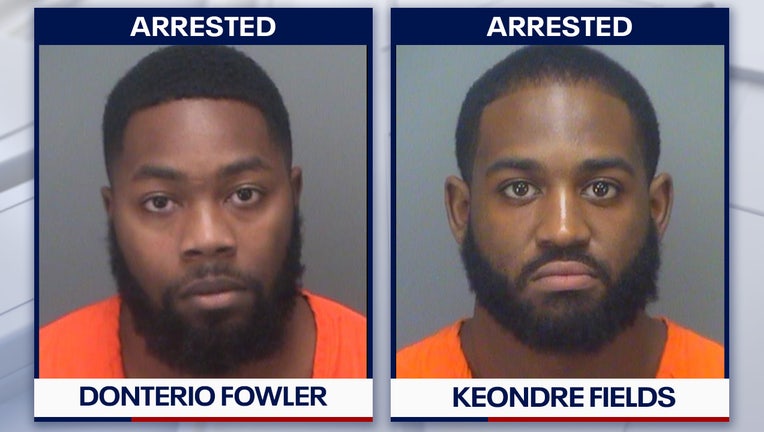 MIAMI, Fla. - Nearly five years after a Florida International University student was shot and killed, authorities said they found the men behind the murder in Pinellas County.

The Miami Herald reports that Fowler is the brother of 26-year-old Dante Fowler, an Atlanta Falcons defensive end who played college football at the University of Florida and grew up in St. Petersburg.

At the crime scene, detectives said they found cash scattered around Zaldua’s body and a firearm in his jacket pocket. Nearby they discovered a loaded Glock magazine.

"A large amount of blood was prevalent at the crime scene over which a vehicle had driven through, leaving a clear tire impression," according to a news release from the state attorney’s office. "A subsequent search of the victim's car revealed several large size Ziploc bags containing suspect marijuana and a small baggie of suspect cocaine."

Officials said additional evidence led to identifying Fowler and Fields as the suspects, but they didn’t specify what led to their arrests. The SAO news release didn’t further describe the suspects’ relationship with the victim.

Both were booked into Pinellas County Jail on Monday evening. Both face first-degree murder charges.